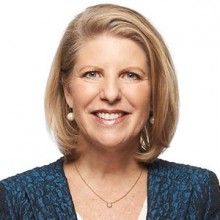 Prior to the Council, Vikki served as president and CEO of the Ocean Conservancy, a science-based education and citizen empowerment organization aimed at preserving a healthy ocean. In response to the largest accidental oil discharge in history, Vikki coordinated a bipartisan coalition to pass the RESTORE Act, a key step in directing essential funding to help the Gulf ecosystem. She also expanded the annual International Coastal Cleanup – the world’s largest volunteer effort for the ocean. By mobilizing more than half a million volunteers and members each year, Vikki’s efforts to build significant public support for ocean health will continue to impact policymakers’ decisions and make science-based conservation a priority.

Earlier in her career, Spruill founded and led SeaWeb, a nonprofit dedicated to advancing ocean issues through strategic communications and social marketing. Her work at SeaWeb was built on a 15-year career in public relations, including five years as a senior vice president of Ruder Finn, one of the largest independent public relations firms in the world.

Vikki studied communications and religious studies at Loyola University in New Orleans. She received her masters degree, also in communications from the University of West Florida. She currently serves on the boards of directors of the Communications Partnership for Science and the Sea (COMPASS) and of the Worldwide Initiative for Grantmaker Support (WINGS). Vikki and her husband Jeff have two grown daughters and two rescue dogs. They spend all the time they can close to any beach they can find.