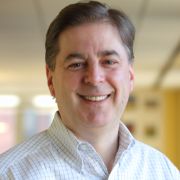 Timothy D. Searchinger is a Senior Fellow at the World Resources Institute and serves as the technical director of the next World Resources Report: Creating a Sustainable Food Future. He is also a Research Scholar and Lecturer at the Woodrow Wilson School of Princeton University. Although trained as a lawyer, his work today combines ecology and economics to analyze the challenge of how to feed a growing world population while reducing deforestation and greenhouse gas emissions from agriculture. Searchinger was the lead author of papers in Science in 2008 and 2009 offering the first calculations of the greenhouse gas emissions associated with land use change due to biofuels, and describing a broader error for bioenergy in the accounting rules for the Kyoto Protocol and many national laws. Searchinger is also the director of the Agricultural Synergies Project, a collaborative, international project to develop guidance for developing countries on means of boosting agriculture production while reducing emissions.

For most of his career, Searchinger worked as an attorney at the conservation group, the Environmental Defense Fund, where he directed its work on agricultural policy and wetlands and several major aquatic ecosystems, and received a National Wetlands Protection Award from the U.S. Environmental Protection Agency. Searchinger has also been a fellow of the Smith School of Enterprise and Environment at Oxford University, a Transatlantic Fellow of the German Marshall Fund, a Senior Fellow of the Law and Environmental Policy Institute at Georgetown University Law Center, a special adviser to the Maryland government on the Chesapeake Bay, a Deputy General Counsel to Governor Robert P. Casey of Pennsylvania and a law clerk to Judge Edward Becker of the U.S. Court of Appeals for the Third Circuit. He is a graduate, summa cum laude, of Amherst College and holds a J.D. from Yale Law School where he was Senior Editor of the Yale Law Journal. His website can be found at www.princeton.edu/~tsearchi.