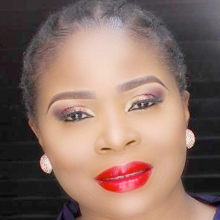 She is the Co-Founder/Chairperson of Afrigrants Resources and also served as its pioneering CEO.

At Afrigrants, she led the establishment of “Market Women’s Quick Cash” – A financial inclusion solution to provide micro-loans to women in disadvantaged communities.

At Afrigrants she also Founded Afrigrants Foundation dedicated to the socio-economic advancement to girls and women.

She also led the conceptualization of “The Ebi Fund” – an impact fund for women entrepreneurs.

Ms. Ekiyor is also is Founder & Co-Convener of The Funding Space – a mentoring and access to finance platform for social entrepreneurs in Africa.

Prior to establishing Afrigrants, Ms. Ekiyor was the pioneer CEO of TY Danjuma Foundation, and grew an endowment of $100
million.

Before that, She served as the Pioneering Executive Director of the West African Civil Society Institute (WACSI), which was established by the George Soros Foundation’s Open Society
Institute for West Africa. She supervised investments and interventions in 15 countries across West Africa.

She is currently a Board Member on ALL ON, the renewable energy impact fund in West Africa established by Shell.

Ms. Ekiyor is also the current Chairperson of the Micro, Small and Medium sized businesses & SDGs group of the Nigerian Association of Chambers of Commerce, Industry, Mines and
Agriculture (NACCIMA), overseeing a network of over 70,000 SMEs.

She sits on the Advisory Boards of Women Empowerment Centre (WEC) and Rising Leadership Foundations, both in the United States of America.

Ms. Ekiyor has received several awards and citations for her contributions to women’s economic empowerment and philanthropy in Africa.