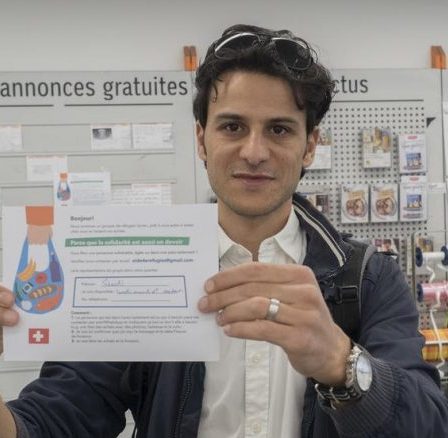 Shadi Alshhadeh works at the UOSSM, and he is also a student at the University of Lausanne. Shadi has studied law in Damascus, the city where he was born. He was forced to flee Syria in 2011. He first moved to Egypt where he stayed about two years, during which he founded, together with some of his friends, an NGO called Zaytoon, with the goal to support the Syrian and refugee community in Cairo. He was later granted asylum in Switzerland, where he lives now with his family. Shadi is still trying to support Syrian artists who are internally displaced in the country as well as those who had to flee like him.