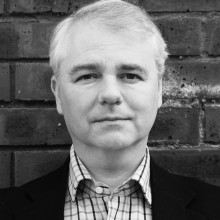 Robert Barrington is Executive Director of the UK chapter of Transparency International, the world’s leading anti-corruption organisation with chapters in over one hundred countries. He is an authority on global corruption, corporate bribery and corruption within the UK, and has worked in academia and in the City.

He joined Transparency International in 2008, leading the campaign to secure a new Bribery Act in the UK, and was appointed as Executive Director of TI-UK in 2013. He was previously Director of Governance & Sustainable Investment at F&C Asset Management, and CEO (Europe) of the environmental research group Earthwatch Institute. Advisory roles include membership of the Ministry of Justice’s Experts Group drafting the official guidance on the Bribery Act and the BIS Export Guarantees Advisory Committee. Recent publications and projects include ‘How to Bribe’, ‘Adequate Procedures – Guidance to the UK Bribery Act’, ‘Fair Play’, ‘Countering Small Bribes’ and ‘Corruption in the UK’. He also writes a regular blog on corruption trends at http://www.transparency.org.uk/news-room.

Robert is a member of the ICAEW’s Corporate Governance Committee and RUSI’s Centre for Financial Crime & Security Studies. He has a degree from Oxford University, a PhD from the European University Institute and has held fellowships at Oxford and the University of Sussex’s Centre for the Study of Corruption.

In 2016 Robert was chosen as a “Top Mind” by “Compliance Week”, a US based journal on corporate governance, in recognition of his contribution to combatting corruption in the ethics and compliance profession.