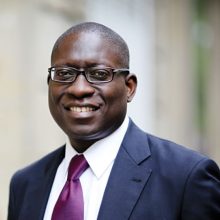 Paulo Gomes is a global business leader, active environmentalist and a key political actor in Guinea Bissau. He has an acute knowledge of the politics and policies of Africa that he developed through his political engagement, support to several governments and as an Executive Director of the World Bank. He has also founded the firm Paulo Gomes and Partners is the natural outcome of years advising governments and businesses on strategic investments as well as years on serving on boards of firms such as AFIG, Asky Airlines and Ecobank.

A founder of the South East Asia-Africa Chamber of Commerce and Chairman of the Advisory Board his business reach touched all continents and interests, Paulo is also a senior advisor to PIL Group. Paulo holds a Bachelors degree in Economics from ILERI, Paris and a Masters Degree from Kennedy School of Government, Harvard University.