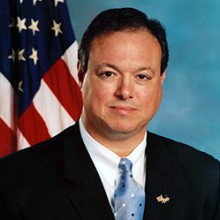 Beginning his career as a field agent in New York, Mr. D’Amuro went on to serve in various offices in New York and Washington and participated in investigations that stretched into regions and locales across the globe, including the European and African continents, as well as Iraq, Afghanistan, Saudi Arabia, Jordan, Israel, Yemen, and Pakistan.

In October of 2001, Mr. D’Amuro received what was to become one of his most challenging and gratifying assignments, when he was chosen by FBI Director Robert Mueller to lead the Bureau’s investigation into the terrorist attacks of September 11, 2001. Reporting directly to the Director and the Attorney General for the United States, Mr. D’Amuro led the efforts of literally thousands of agents, coordinating one of the FBI’s largest and most comprehensive investigations, which resulted in the positive identification of all 19 hijackers and the successful prosecution of numerous individuals linked to Al-Qaeda and other terrorist organizations.  Based upon the success of his efforts, Mr. D’Amuro’s responsibilities were broadened, and he was appointed to oversee field investigations into all of the nation’s threat-related activity.  Despite the complexity of organizing and managing the analysis of thousands of leads, Mr. D’Amuro was praised by the Director for demonstrating “the highest level of initiative, flexibility, and innovation to accomplish the Bureau’s mission,” and in January 2002 was promoted to Assistant Director of the FBI’s national Counterterrorism Division.

Under Mr. D’Amuro’s leadership, the Counterterrorism Division more than quadrupled in budget and size, expanding both its reach and methods of operation.  Included among the many enhancements Mr. D’Amuro brought to the Division was the creation of the Terrorism Financial Operations Section (TFOS), the first FBI section dedicated exclusively to targeting the financiers and the money supporting terrorist activities, as well as the Communications Exploitation Section, which greatly expanded the Bureau’s capabilities to retrieve and analyze essential telecommunications and electronic data. Mr. D’Amuro also played a critical role in advocating the needs and concerns of the Bureau to Congress, testifying on numerous occasions with respect to the events of September 11th, the changes in the Counterterrorism Program of the FBI, and the various Oversight Committees conducting reviews of FBI operations.

In November 2002, Mr. D’Amuro was appointed by the Director of the FBI to serve as Executive Assistant Director for Counterintelligence and Counterterrorism.  In this role, Mr. D’Amuro helped forge significant inroads toward improving information sharing among the various federal law enforcement and intelligence agencies.  Included among his accomplishments was the establishment of the Memorandum of Understanding that created the Terrorism Threat Integration Center and formalized the information sharing protocols between the FBI, Central Intelligence Agency, Department of Homeland Security, and Department of Defense.  Mr. D’Amuro also played a lead role in establishing the centralized Terrorism Watch List, which linked all previous registers into a single comprehensive database operated and managed by the FBI.  Mr. D’Amuro’s strong relationships with his government counterparts, results-driven work ethic, and ability to liaise effectively with the White House and the National Security Council, were lauded as critical factors in the success of the endeavors.

In August of 2003, Mr. D’Amuro was tapped by the FBI Director to take charge of the Bureau’s New York Office, its largest and highest profile command.  As Assistant Director in Charge, Mr. D’Amuro established New York as the first FBI office to operate its own Office of Intelligence.  This groundbreaking achievement ensured the proper analysis of information developed by the New York Office as well as information sharing within the law enforcement/intelligence community and the private sector.  Throughout his tenure in New York, Mr. D’Amuro lectured regularly and appeared publicly to provide transparency for the changes implemented within the Bureau post-9/11.

Over the course of his law enforcement career, Mr. D’Amuro has been the recipient of numerous awards and commendations, including the FBI’s Presidential Rank Award of Distinguished Executive in the Senior Executive Service.  In 2004, Mercy College, Dobbs Ferry, New York, recognized Mr. D’Amuro’s achievements in the areas of law enforcement and counterterrorism by awarding him an honorary Doctorate of Laws.

Mr. D’Amuro previously served on the Board of Trustees of Mercy College and has appeared as a senior analyst on CNN.