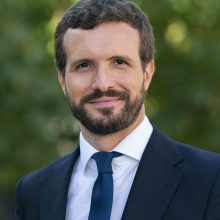 He is a lawyer and a economist. He is also member of the “New Leaders for Europe” of the World Economic Fórum. He has been a non-resident fellow at the School of Advanced International Studies of the Johns Hopkins University, and visiting professor at the Global Competitiveness and Leadership Program of the Georgetown University.