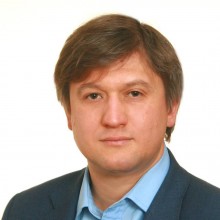 Minister of Finance, Government of Ukraine

From 2010 untill 2015 Mr. Danyliuk headed the Coordination Centre for the Implementation of Economic Reforms in Ukraine.

In 2006-10 he was the CEO of the Rurik Real Estate Investment Group, which operated in London and Luxembourg.

Prior to that, Mr. Danyliuk worked for 3 years as a senior consultant at McKinsey and Co. in London and Moscow.

Before his career at McKinsey, he was the Vice-President of AVentures private investment banking and venture capital firm in Kyiv and held different positions at a number of investment companies in Ukraine and the USA.

Mr. Danyliuk graduated from the National Technical University of Ukraine and Kyiv Institute of Investment Management, and later received an MBA from the Indiana University Kelly School of Business.