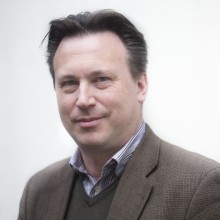 Nick Mabey is Chief Executive and a founder director of E3G (Third Generation Environmentalism) a non-profit European organisation dedicated to accelerating the transition to sustainable development. In addition to his management role, Nick leads E3G’s work on European climate change policy, climate diplomacy and foreign policy, and the security implications of climate change and resource scarcity.
Nick was previously a senior advisor in the UK Prime Minister’s Strategy Unit leading work on national and international policy areas, including: energy, climate change, countries at risk of instability, organised crime and fisheries. Nick was employed in the UK Foreign and Commonwealth Office’s Environment Policy Department, and was the FCO lead for the Johannesburg Summit in 2002 where he established international partnerships on clean energy, tourism and environmental democracy.
Before he joined government Nick was Head of Economics and Development at WWF-UK. He came to WWF from research at London Business School on the economics of climate change, which he published as the book “Argument in the Greenhouse”. This followed a period in the UK electricity industry working as a negotiator for PowerGen and an engineer for GEC-Alsthom. Nick trained as a mechanical engineer at Bristol University and holds a masters degree in Technology and Policy from MIT where he specialised in energy systems analysis.
Nick is the currently the vice-chair of the European Alliance to Save Energy, and sits on the steering group of the Global Stranded Assets Advisory Council. Among other appointments Nick has served on the advisory board of Infrastructure UK, the independent UK Green Investment Bank Commission and the Advisory Council of the European Technology Platform for Zero Emission Fossil Fuel Power.