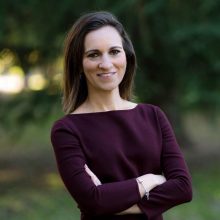 Mindy Finn is the co-founder and CEO of Stand Up Republic (SUR), a 501c4 grassroots organization working to defend democratic norms, ideals and institutions in America. Finn, along with her co-founder Evan McMullin, also lead sister educational non-profit Stand Up Ideas. Finn ran as the vice presidential running mate with McMullin after a career spanning technology, media and public service. She currently invests in civic technology and previously ran digital programs for the RNC, Mitt Romney, and George W. Bush. During the 2012 election, she directed strategic policy and advocacy partnerships for Twitter and has also advised tech companies Google, Medium, and Change.org. In her early career, she covered Congress as a journalist before working in the House and Senate as a legislative aide. Finn is a proud Texan, wife and mother of two young sons.