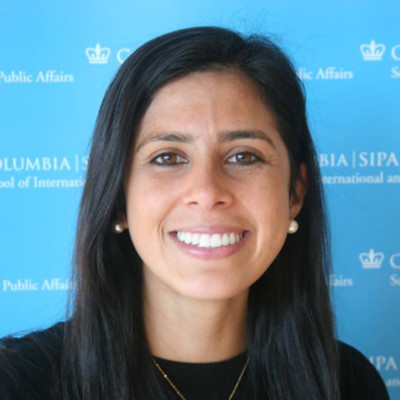 Michelle is a Peruvian-American activist, civic strategist, political organizer, and action-oriented researcher on civic engagement, civic technology, and democratic governance innovation. She recently graduated from the Master of Public Administration at Columbia University’s School of International and Public Affairs (SIPA), with a dual specialization in Management and Technology, Media, and Communications.

Her core experience is in government and civil society. In the last four years, she has served in the U.S. government through its Foreign Commercial Service (from a U.S. Embassy overseas), as a political advisor in the Ministry of Education of Peru and, most recently, in the government of Sierra Leone as a consultant with the World Bank. Former TED speaker, her parallel work as a civil society advocate fighting for democracy and against corruption, led her to join the Open Government Hub in D.C. and SIPA’s Civic Engagement student-led coalition working in Miami to “get out the vote” amid the 2018 U.S. midterm elections. She is currently engaged with what she calls “multi-front volunteering”, working as an activist in the grassroots organization Persist Brooklyn, and supporting civic-minded groups like Swing Left and Vote Forward.