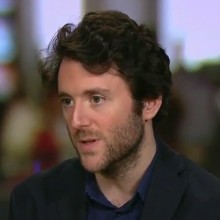 Co-Author of ISIS: Inside the Army of Terror

He is the coauthor of New York Times bestseller ISIS: Inside the Army of Terror, published by ReganArts in 2015, with a revised and expanded edition released in April 2016.

Weiss is currently a Senior Editor at The Daily Beast, where he focuses mainly on world affairs and culture. He is also a Contributor to CNN and is a regular guest on Wolf Blitzer’s The Situation Room, Anderson Cooper 360, and CNN Tonight with Don Lemon.

Weiss has covered the Syrian revolution since its inception in 2011 for a variety of publications, including The Daily Telegraph, Foreign Affairs, and Foreign Policy. In 2012, he reported from war-torn Aleppo days after the city had fallen to the anti-Assad opposition.

Additionally, Weiss is the Editor-in-Chief of The Interpreter, an online translation and analysis journal originally founded to make news out of the Russian Federation accessible to an English-speaking audience. It has translated two major reports on the alleged graft of the 2014 Sochi Winter Olympics, the first by former Deputy Prime Minister Boris Nemtsov and the second by opposition leader Alexey Navalny’s Foundation for Fighting Corruption. Cited by presidents, ambassadors, and diplomats, The Interpreter has since evolved into a real-time chronicle of Moscow’s wars in Ukraine and Syria.

Weiss has written extensively on state corruption, from Russia to Angola to Azerbaijan, and on information warfare. He is the coauthor of “The Menace of Unreality: How the Kremlin Weaponizes Information, Culture and Money,” a white paper on Russian propaganda and disinformation, and “An Invasion By Any Other Name: The Kremlin’s Dirty War in Ukraine,” both published jointly by The Interpreter and the Institute of Modern Russia, where he was formerly a Senior Fellow.