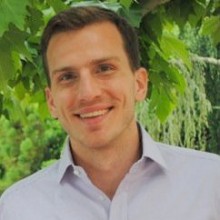 Matthew Devlin leads International Relations at Uber, focusing on the public policy aspects of the company’s expansion and operations outside of the United States. Founded in 2009, Uber is a software platform that connects consumers with transportation and logistics services in more than 450 cities across 75 countries. Prior to joining Uber, Matt worked on institution building and public sector reform across Latin America, Eastern Europe, the Middle East, and Southeast Asia. He is a David Rockefeller Fellow at the Trilateral Commission, a term member of the Council on Foreign Relations, and a member of the International Crisis Group’s Ambassador Council. Matt holds a BA in history from Yale, a MPA from the Harvard Kennedy School of Government, and a law degree from Yale Law School.