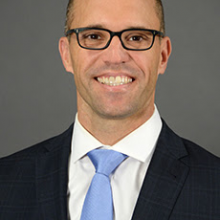 Mark Lopes is a Senior Adviser at the Center for Strategic and International Studies.  From 2015-2018 he was the Executive Director for the United States at the Inter-American Development Bank. Mr. Lopes served from 2010-2014 as the deputy assistant administrator for the Bureau for Latin America and Caribbean at the U.S. Agency for International Development (USAID). He was formerly the senior foreign policy advisor/staff director for the chairman of the International Development and Foreign Assistance Subcommittee of the Senate Foreign Relations Committee. Prior to that he served on detail to the House Appropriations, State, Foreign Operations subcommittee where he was responsible for all Title II programs including the Export-Import Bank, Overseas Private Investment Corporation, U.S. Trade and Development Agency, and over $1 billion in global democracy and governance programs. He entered government as a Presidential Management Fellow, working with the Office of U.S. Foreign Disaster Assistance as the field officer on the Disaster Assistance Response Team in West Darfur, Sudan. Lopes was a U.S. Peace Corps Volunteer in Paraguay. He was a term member of the Council on Foreign Relations and holds a B.M. from Berklee College of Music, and a Master of Public Policy from Harvard University’s Kennedy School of Government.