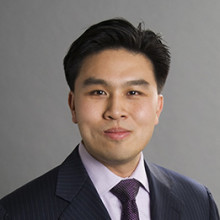 Lanhee J. Chen, PhD, is the David and Diane Steffy Research Fellow at the Hoover Institution; director of Domestic Policy Studies and lecturer in the Public Policy Program at Stanford University; lecturer in law at Stanford Law School; and an affiliate of the Freeman Spogli Institute for International Studies at Stanford.  His current research focuses on health policy, retirement security policy, campaigns and elections, and California policy and politics.

A veteran of several high-profile political campaigns, he has also served in government, the private sector, and academia.  Most recently, he was the senior adviser on policy to the National Republican Senatorial Committee during the 2014 election.  He frequently provides policy and political commentary on television networks including Bloomberg, CNBC, CNN, FOX News, and MSNBC.

Chen was the policy director for the Romney-Ryan 2012 presidential campaign, as well as Governor Romney’s chief policy adviser; a senior strategist on the campaign; and the person responsible for developing the campaign’s domestic and foreign policy. He advised Romney on every major public policy challenge facing the United States and worked with a variety of stakeholders, including the congressional leadership, industry and business interests, and policy experts, to shape the campaign’s issues agenda. In 2012, he was named one of Politico’s “50 Politicos to Watch.”

Chen also served as the deputy campaign manager and policy director of Steve Poizner’s 2010 California gubernatorial campaign, the domestic policy director of Governor Romney’s first presidential bid in 2008, and a health policy adviser to the Bush-Cheney reelection campaign in 2004.

In the Bush administration, Chen was a senior official at the US Department of Health and Human Services. His private-sector experience includes having been an associate attorney with the international law firm of Gibson, Dunn & Crutcher LLP, where he practiced business litigation. Chen was also the Winnie Neubauer Visiting Fellow in Health Policy Studies at the Heritage Foundation and worked as a health policy advocate for a major business group in Washington, DC.

An eight-time winner of Harvard University’s Certificate of Distinction in Teaching, Chen’s scholarship has appeared or been cited in several of the nation’s top political science journals.

Chen currently serves on the Board of Trustees of the Junior Statesmen Foundation and on the Advisory Board of the Partnership for the Future of Medicare.  He is a member of the Committee of 100, a membership organization of prominent Chinese Americans.  Chen is also a senior adviser and member of both the International Advisory Council and the Health Advisory Board at APCO Worldwide, a public affairs, communications, and business strategy firm.

A native of Rowland Heights, California, he currently lives in the Bay Area with his wife and children.