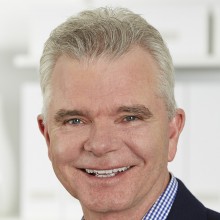 “Fill the other guy’s basket to the brim, then making money becomes an easy proposition.” Kip Tindell began forming his philosophy toward business as a student at Jesuit College Preparatory School of Dallas. And it was while he was in high school that he would begin shaping a flair for retailing that would later turn an industry on its ear with the opening of The Container Store, the original storage and organization store, in Dallas in 1978.

With Tindell at its helm until 2016, the retailer grew to 80+ stores across the country, merchandised with more than 10,000 solutions designed to save space and time coupled with a full suite of digital shopping services and solutions, and established a world-renowned culture of impeccable customer service through a commitment to its employees first.

Over the years, the company has been lauded for its focus on its original concept and inventory mix as the formula for its success. But for Tindell, the goal was never growth for growth’s sake; rather, it was to adhere to the company’s values-based Foundation Principles™, which center around an employee-first culture, superior customer service and strict merchandising. Growth and success were the natural and inevitable result.

Tindell established The Container Store’s Foundation Principles™ in 1988 following the opening of the company’s Houston store. With higher than expected sales and an overwhelmed staff, he referred to his “philosophy epistle file” started many years prior, from which he pulled various anecdotes, musings and philosophical phrases that he felt would clearly communicate the company’s culture so that all employees would make decisions according to the same set of values and knowledge. These sentiments and philosophies would eventually become the company’s seven Foundation Principles™ that to this day guide decisions for The Container Store’s entire interdependent set of stakeholders, starting with employees and also including customers, vendors, the community and shareholders.

With his focus on employees first, Tindell nurtured a fierce loyalty to the company, which has an incredible number of employees who might never have dreamed of a career in retail. In fact, that culture has landed The Container Store on Fortune magazine’s list of “100 Best Companies to Work For” for 17 years in a row. Since its inception, The Container Store has remained a company full of heart and soul with what Tindell likes to call a “yummy” culture. In line with its unique way of doing business is Tindell’s and The Container Store’s commitment to Conscious Capitalism – a movement led by a community of business, thought and academic leaders working to elevate humanity through a more conscious approach to business.

Having transitioned to Chairman in 2016, Tindell now focuses his time on further strengthening important vendor relationships, keeping the employee-first culture front and center and elevating The Container Store and its unique business philosophies as a beacon for good business practices through his leadership and involvement in Conscious Capitalism and other like-minded organizations. Tindell’s book UNCONTAINABLE: How Passion, Commitment, and Conscious Capitalism Built a Business Where Everyone Thrives, delves deeper into the retailer’s unique approach to business and culture.

Over the course of his career, Tindell has been presented with numerous awards, including: Ernst & Young’s prestigious Entrepreneur of the Year (1991), and the National Retail Federation’s Innovator of the Year (1998) and Gold Medal Award (2010) which is the most coveted award in retail, given to individuals who have served the industry with distinction and achieved a national reputation for excellence. In 2006, along with wife Sharon Tindell (President and Chief Merchandising Officer) and Garrett Boone (Chairman Emeritus), Tindell was inducted into the Retailing Hall of Fame; he is a 2009 Junior Achievement of Dallas Business Hall of Fame inductee, and in 2015 he was inducted into the World Retail Hall of Fame.

He serves as Chairman of the Board of the National Retail Federation, and sits on the boards of Whole Foods Market (WFMI), Conscious Capitalism, Inc. and the Baylor Healthcare Systems Foundation. He is actively involved in the community as a member of the Salesmanship Club of Dallas, a nonprofit organization dedicated to transforming children’s futures by serving at-risk families in the Greater Dallas area, is a member of the Dallas Arboretum CEO Advisory Council and a Southwest Medical Foundation Trustee. Tindell enjoys spending time with his wife Sharon at their ranch in Colorado, traveling, fly fishing and golfing.