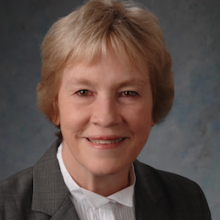 Special Adviser on the Summit on Addressing Large Movements of Refugees and Migrants, United Nations

Within the United Nations System, in August 2000, Ms. AbuZayd was appointed to the rank of Assistant Secretary General as Deputy Commissioner-General of UNRWA. On 28 June 2005, she appointed to the rank of Under Secretary-General as UNRWA Commissioner-General and served in that position until 10 January 2010. From her base in Gaza, she helped to oversee the education, health, social services and microenterprise programmes for 4.1 million Palestinian refugees. Since 2011, she has served as a Commissioner of the Independent International Commission of Inquiry for Syria.

Before joining UNRWA, Ms. AbuZayd worked for the Office of the United Nations High Commissioner for Refugees (UNHCR) for 19 years. She began her humanitarian career in the Sudan in 1981, dealing with Ugandan, Chadian and Ethiopian refugees fleeing from war and famine in their own countries. From the Sudan, she moved to Namibia in 1989 to help coordinate the return of apartheid-era refugees, a successful repatriation operation which led to elections and independence. A year later, the Liberian civil war erupted, and she moved to Sierra Leone to head the UNHCR office in Freetown, initiating a new emergency response, that of settling 100,000 Liberians in 600 villages along the Liberian/Sierra Leone border.

From 1991 to 1993 in UNHCR’s Geneva headquarters, Ms. AbuZayd directed the South African repatriation operation and the Kenyan-Somali cross-border operation. She left Geneva to go to Sarajevo as Chief of Mission for two years during the Bosnian war. Four million displaced and war-affected people were kept alive by UNHCR’s airlift and convoy activities, while thousands more were protected from ethnic cleansing by a UNHCR presence. Her last four years with UNHCR were spent as Chef de Cabinet to High Commissioner Sadako Ogata and as Regional Representative for the United States and the Caribbean, where she focused on funding, public information and the legal issues of asylum-seekers.

Before joining the UNHCR, Ms. AbuZayd lectured in political science and Islamic studies at Makerere University in Kampala, Uganda, and at Juba University in southern Sudan. She earned her B.Sc. at DePauw University in Indiana and her M.A. in Islamic Studies at McGill University in Canada.