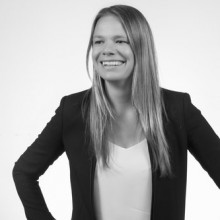 Justine is the Executive Director of Rihanna’s Clara Lionel Foundation, which supports and funds groundbreaking and effective education, health and emergency response programs around the world. Previously, she was the Global Director of Programs for Global Citizen where she oversaw the Global Citizen Festival, events, programs and strategic partnerships. She is an energetic advocate and campaigner for a world without extreme poverty and was a Producer and key force behind the 2012, 2013, 2014 and 2015 Global Citizen Festivals in Central Park and the 2015 Global Citizen Earth Day event on the National Mall in Washington, D.C. She is an expert in campaign mobilization, strategic partnerships & developing and leveraging creative campaigns around complex policy issues. Justine has a dynamic background in program management and consulting for both international and domestic nonprofits and has worked extensively on grassroots program development around human rights and access to justice issues in Cameroon. She has a Master’s degree in Global Affairs and Nonprofit Management from New York University where her research examined the politicalization of humanitarian aid in post-conflict, sub-Saharan communities. Her Bachelor of Arts degree is also from New York University in History and Anthropology. Justine resides in New York City, is an avid traveler, runner and connector of people.