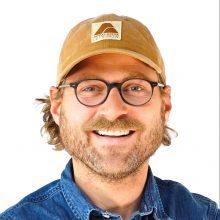 Jonathan Webb is the Founder and CEO of AppHarvest, a sustainable foods company developing and operating some of the world’s largest high-tech indoor farms to build an efficient food system. AppHarvest’s farms are designed to grow non-GMO, harsh chemical pesticide-free produce using sunshine, 100% recycled rainwater, and up to 90% less water than open-field growing, all while producing yields up to 30 times that of traditional agriculture in a climate-resilient growing system.

After graduating from the University of Kentucky’s Gatton College of Business, Jonathan spent years developing massive solar projects for the U.S. Department of Defense. During this time, Jonathan learned about The Netherlands’ modern, tech-forward system of hydroponic agriculture. This research, coupled with reports that global food production would need to nearly double by 2050 and news of expanding drought and wildfire across the country, led Jonathan to realize that the American food system required change – fast.

Jonathan returned home to Kentucky the same year to start AppHarvest. He knew that, by harnessing the best of nature’s capabilities with future-forward technology to grow delicious produce at scale, we could tackle systemic supply chain issues while also advocating for modern methods of sustainable farming. He also knew that AppHarvest could eliminate environmentally costly diesel emissions incurred during the shipping process by locating closer to consumers, all while delivering more reliably fresh and nutritious fruits and vegetables.

AppHarvest currently operates its flagship farm – about the size of 50 football fields – in Morehead, KY, producing tomatoes. By the end of 2022, the company will open three more farms across Central Appalachia producing a variety of vine crops, salad greens, and berry crops.