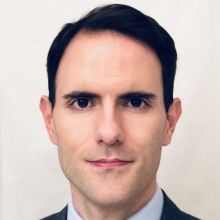 Jonathan Fantini Porter is a public sector executive with experience in the Executive Office of the President at the White House, U.S. Department of Homeland Security, and both chambers of the U.S. Congress. Now an expert at McKinsey & Company, he advises governments and social sector organizations on strategic challenges. Jonathan is a graduate of the Harvard Kennedy School of Government and Georgetown University. He serves as an associate fellow at the International Institute for Strategic Studies in London, on the advisory board for U.S. office of the United Nation’s refugee agency (UNHCR), and as a volunteer mentor with the youth development non-profit YearUp.

In government, Jonathan advanced national policy in the Executive Office of the President at the White House during the Obama Administration where he focused on national security efforts, including strategic planning and inter-agency coalitions to counter transnational criminal organizations.

Prior to the White House, Jonathan oversaw management of a $6 billion budget and 22,000 personnel in 48 countries at the U.S. Department of Homeland Security as chief of staff for management of the Department’s primary investigative branch. In this role, he was involved in a number of leading national security efforts in counterterrorism, customs and export enforcement, cybersecurity, and migration, among others.

Before the executive branch, Jonathan was a senior congressional staffer in both chambers of Congress. In the U.S. House of Representatives, he specialized in security and economic policy as policy director to a member of the House Armed Services committee. In the U.S. Senate, he supported senior members of the Senate Select Committee on Intelligence and the Committee on Health, Education, Labor, and Pension.

In the social sector, Jonathan serves on the advisory board for U.S. office of the United Nation’s refugee agency (UNHCR), as an associate fellow of the International Institute for Strategic Studies in London, and as a member of the Brookings Institution’s Brookings Society.

Jonathan received commendations from the U.S. Congress, California Assembly, and Republic of Panama National Police, among others. He was recognized by Forbes Magazine as a leader in public policy and named a Truman Scholar at the Truman National Security Project.

Jonathan received his bachelor’s degree from Georgetown University with a concentration in international affairs and a Master in Public Administration from the Harvard Kennedy School of Government.