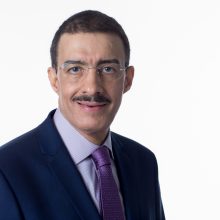 Dr Bandar is President of the Islamic Development Bank (IsDB); a multilateral development bank that fosters the economic development and social progress of 57 member countries and Muslim communities in accordance with the principles of Shari’ah Islamic Law.

The IsDB touches the lives of 1 in 5 of the world’s population, with annual operations exceeding $10 billion and subscribed capital of $33 billion.

Dr Bandar served as Minister of Hajj and the Minister of Culture and Information of the Kingdom of Saudi Arabia. He has been active in the field of promotion of human rights and was the founder of the Saudi National Society for Human Rights. He has a Ph.D. in Economics.