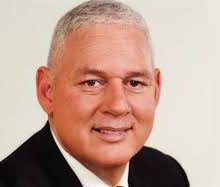 Prime Minister The Honourable Allen Michael Chastanet was elected as the Parliamentary Representative for Micoud South and the Prime Minister of Saint Lucia on June 6th 2016. He also serves as Saint Lucia’s Minister for Finance, Economic Growth, Job Creation, External Affairs and the Public Service.

Allen Chastanet holds a Bachelor of Arts Degree in Economics with a minor in Political Science as well as a Master’s Degree in Development Banking from Bishop’s University in Quebec and American University in Washington D.C. respectively.

Allen Chastanet has been instrumental in a number of charitable and nonprofit organizations. He was instrumental in the launching of Air Jamaica’s Lovebird Kids’ Club as well as the Caribbean Media Exchange (CMEx), the region’s premier non-profit forum for the examination and design of sustainable tourism as a community development tool.