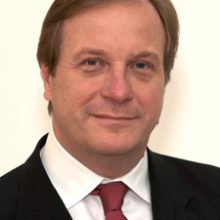 Fred Kempe is the president and chief executive officer of the Atlantic Council. Under his leadership since 2007, the Council has achieved historic, industry-leading growth in size and influence, expanding its work through regional centers spanning the globe and through centers focused on topics ranging from international security and energy to global trade and next generation leadership.

He is the author of four books. The most recent, Berlin 1961: Kennedy, Khrushchev, and the Most Dangerous Place on Earth, was a New York Times Best Seller and a National Best Seller.