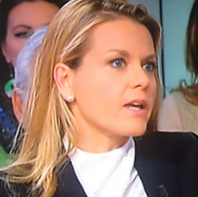 Federica Saini Fasanotti is a nonresident fellow in the Center for Security, Strategy, and Technology in the Foreign Policy program at the Brookings Institution. She is also a senior associate at ISPI in Milan. She is a historian specialized in counterinsurgency and asymmetric wars. Her fieldwork and research have covered, among others, Afghanistan, Libya, and the Horn of Africa.

Saini Fasanotti’s current book project is “The Counterinsurgency Doctrine from the XVII Century to the present,” a wide ranging study on the history, methods, and pillars of counterinsurgency in the modern era. She has published “VINCERE! The Italian Royal Army’s Counterinsurgency Operations in Africa, 1922-1940” with the Naval Institute in Annapolis.

She has been a consultant on Libya for James Mattis, the former U.S. secretary of defense and for the Terna Group, the first grid operator for electricity transmission in Europe.

In September 2016, she testified before the U.S. House of Representatives Committee on Foreign Affairs about terrorism in Libya.