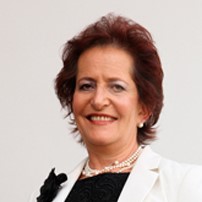 Elisabeth Ungar Bleier was Executive Director of Transparencia por Colombia, TI’s chapter in the country, from 2009 to 2016.

She founded – and directed for 12 years – Congreso Visible, the first Colombian watchdog to follow Congress.

Ungar Bleier was an advisor to President Barco (1988-1990), and a member of numerous commissions and oversight committees for the election of members of High Courts and processes of political and constitutional reform. Ungar Bleier was elected to TI’s Board in 2011.