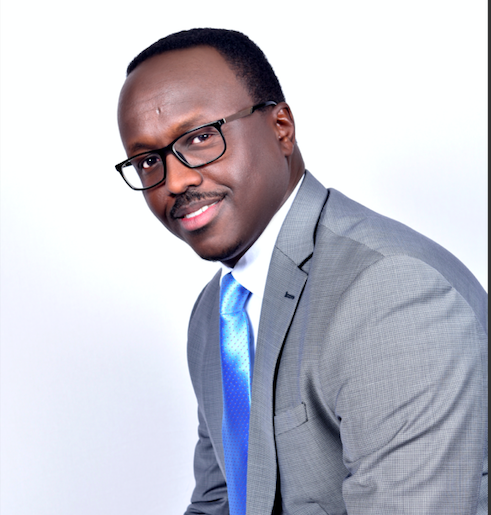 Didier Nkurikiyimfura is the Director of Technology and Innovation at the Smart Africa Secretariat. In his current capacity of Chief Technology and Innovation Officer (CTIO) of the institution, he supports the Director General and CEO of Smart Africa on the overall policy and regulatory matters, organizational strategy, programme and project management, operations, partnership and resource mobilization. He also leads the implementation of several cross-border tech projects in Africa, such as the intra-African cross-border fiber connectivity, increasing Africa’s Internet affordability and accessibility, regional Data Centers, Smart Cities, African entrepreneurship and innovation ecosystems strengthening, interoperable pan-african Digital ID and the Smart Africa scholarship fund among others, with the ultimate goal of contributing to Africa’s economic growth and job creation. He strongly believes that Africa’s time is now and that Africa’s socio-economic transformation will be accelerated by investments in technology, innovation, through innovative strategic partnerships.

Aside from his official Smart Africa duties, Didier currently serves in as Chairman of the board of Directors of Rwanda Civil Aviation Authority (www.rcaa.gov.rw) as well as Irembo Ltd (www.irembo.gov.rw) – the Rwanda single platform for the provisioning of all Government to Businesses (G2B) and Government to Citizens (G2C) eServices. He also serves as a board member of the Rwanda Broadcasting Agency (www.rba.co.rw).

Prior to joining Smart Africa, Didier served as Director General in charge of ICT at the Ministry of Youth and ICT of the Government of Rwanda from 2012 to 2016. In that capacity, he led the development and implementation of several strategic initiatives including the 2015-2020 National ICT plan (Smart Rwanda Master Plan), and a wide range of national ICT policies and strategies for Rwanda in the following areas: broadband, digital literacy, cybersecurity, e-waste, open data, e- Government and ICT private sector development, just to name a few.

Prior to that, Didier worked at the Rwanda Development Board (RDB) from 2010 to 2012 where he served in the capacity of head of the Cyber Security Division, a division that plan, implement and coordinate Rwanda’s cyber Security. During his tenure, he initiated several National ICT Security projects, including the Rwanda Computer Security Incident Response Team (CSIRT), the National Cyber Security Awareness Programme, the National Public Key Infrastructure (PKI) and the Government Security Operations Centre (SOC).

From 2003 to 2009, Didier taught various Computer Science related courses when he was working at the National University of Rwanda (NUR) as Assistant lecturer at the Computer Science department. From 2005, he also took over the role of Director of the University’s Computing Center and led a multidisciplinary team in charge of all ICT related functions of the university, which had then 4 campuses, over 11,000 students and over 1,200 academic and administrative staff.