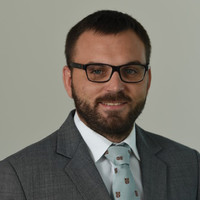 Branislav Nesovic is a political analyst from north Kosovo. He has closely followed Belgrade-Pristina dialogue process since its inception in 2011 and has written extensively about it. Branislav has significant experience from the civil society and think tank sector in the Western Balkans. He holds MPhil degree from the University of Cambridge and BA in International Relations from University of Belgrade. He was also enrolled in Next Generation Leadership Program at the McCain Institute for International Leadership.