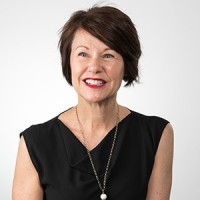 Bertina Ceccarelli joined NPower as Chief Executive Officer in May 2016. NPower is a national nonprofit dedicated to creating pathways to economic prosperity by launching digital careers for military veterans and young adults from underserved communities. NPower empowers under-represented talent to pursue tech futures by teaching the digital and professional skills demanded by the marketplace, and by engaging corporations, volunteers and nonprofits in the long-term success of our students.

Ms. Ceccarelli is an engineer by training and began her career in technology as a Systems Analyst for Procter & Gamble before moving into sales and marketing for the company. After P&G, she joined the National Broadcasting Company (NBC), where she served in several executive roles, including Senior Vice President, Marketing for NBC’s online ventures and Senior Vice President for Brand Strategy for NBCi, a portfolio company of the broadcast network.

After a successful career in the corporate sector, Ms. Ceccarelli chose to transition her skills to the nonprofit sector. Growing up in a working-class family and the first to graduate from high school, she was drawn to a community that once supported her own educational endeavors. In 2001, Ms. Ceccarelli joined United Way of New York City as Senior Vice President of Institutional Advancement where she led marketing, brand strategy, donor relationship management, fundraising, and corporate volunteer engagement.

Prior to her appointment at NPower, she served as Executive Vice President of Global Resources at the Wildlife Conservation Society where she led fundraising from private sources, capital campaigns, corporate strategy, conservation finance, membership, direct response, and events. She was responsible for generating over $85 million annually in programmatic and unrestricted funds. In her role she led brand development and strategy for the Society and launched Future Leaders, a workforce development initiative to accelerate career success for local Bronx youth.

Bertina holds an MBA from Harvard University and a BS in Industrial Engineering and Operations Research from the University of California at Berkeley. She has served on the board of Girls Inc. New York and the Strategic Planning Council for Brooklyn Youth Chorus. She has also served on the board of Women in Development and chaired the Harvard Business School Club of New York’s Social Enterprise Conference. She is a certified yoga instructor. Bertina lives in the Carroll Gardens section of Brooklyn with her husband and teenage son.