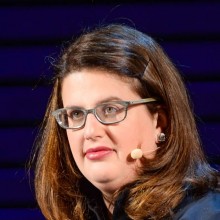 Becca Heller is the director and co-founder of IRAP and a visiting clinical lecturer in law at Yale Law School. She has received numerous awards in recognition of her work with IRAP, including The Charles Bronfman Prize, a Skadden Fellowship, an Echoing Green Fellowship, a Gruber Human Rights Fellowship, and a Dartmouth College Martin Luther King Jr. Emerging Leader in Social Justice Award. She was also named one of the Christian Science Monitor’s “30 under 30” change makers, and is a term member of the Council on Foreign Relations.

Becca’s interest in the legal challenges facing refugees began on a trip to Jordan during the summer after her first year in law school. During her stay, she visited with six different refugee families; each of them identified legal assistance as their most urgent need. Having just completed her first semester in Yale Law School’s Immigration Legal Services clinic doing asylum work, Becca believed that law students could assist refugees applying for resettlement. She returned to Yale and, together with Jon Finer, Mike Breen, Steve Poellot, and Kate Brubacher, founded IRAP in 2008.

Becca received her J.D. from Yale Law School in May 2010. During law school, she participated in the Worker and Immigrant Rights Advocacy Clinic, the Immigration Legal Services Clinic, and the Lowenstein International Human Rights Clinic. She served as an Articles Editor for the Yale Journal of International Law,  and received a Coker Fellowship to teach legal writing to first year law students. She also received the Charles G. Albom Prize for excellence in the area of judicial and administrative appellate advocacy in connection with a Law School clinical program.