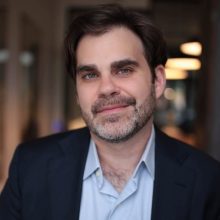 Ari Ratner is the Founder and CEO of Inside Revolution, a boutique storytelling and strategic communications firm. He has assisted Fortune 500 companies, startups, leading NGOs, and political campaigns across the U.S. and globally in aligning their brand with their mission. He specializes in developing creative, political, and social impact campaigns that connect with organizations’ core values and history to reach a new generation of activists, consumers, and voters.

Ari previously served in the Obama Administration as Speechwriter and Senior Advisor to the Under Secretary of State for Economic Growth, Energy, and the Environment. Ari earlier served as a Congressional Liaison for the State Department and as an Associate at the White House. He is a veteran of the Obama for America and Hillary Clinton 2008 presidential campaigns, and was also appointed to the 2009 Presidential Inaugural Committee.

Ari collaborated with Alec Ross on The New York Times-bestselling book The Industries of the Future. He served as Special Political Correspondent for Vice News during the 2014 midterm elections and as a correspondent for Yomiuri Shimbun, Japan’s largest newspaper, from 2003 to 2006. His commentary has appeared in The New York Times, Washington Post, Los Angeles Times, The Atlantic, Foreign Policy, Reuters, Huffington Post, Slate, and CNN. Ari is a graduate of Stanford University and Harvard University’s Kennedy School of Government.

A native of Chicago, Ari is a Californian at heart and a Washingtonian by passion. When not working, you can catch him daydreaming about getting a bulldog — and teaching him how to surf.