On July 8th, 2015, Concordia launched its first campaign, which focuses on combating labor trafficking, with a special event in Washington, D.C.

When Concordia made the decision to employ a campaign model to have a more “on-the-ground” impact on a specific topic, it turned to its stakeholders for direction. At the 2014 Concordia Summit, the most popular session was a panel on sex trafficking and its pervasiveness in the United States. The overwhelming interest in this topic from organizations and individuals alike prompted Concordia to focus on human trafficking for its first campaign.

Concordia launched the campaign on July 8th with a special event in Washington, D.C. “We want to grow the campaign organically,” said Concordia Campaign Director, Natalie Pregibon. “it is critical to take the time to truly understand how a platform like Concordia can have the greatest impact.” The event featured remarks by Senator Heidi Heitkamp of North Dakota followed by a substantive panel discussion on the role of business in human trafficking. 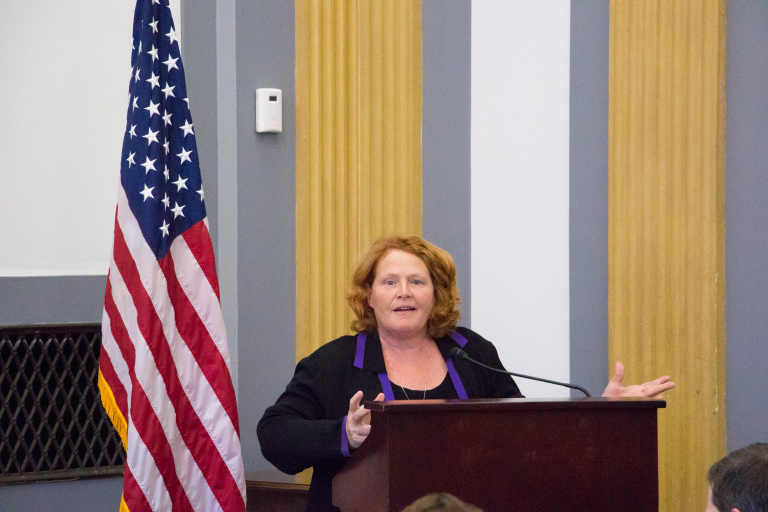 The dialogue shed light on the pervasiveness of labor trafficking and the evolving role of business in understanding and combatting the issue. Rob Lederer said: “Corporations are realizing no one is exempt. The issue touches every level of the supply chain, and the tide is turning towards action.”

Panelists acknowledged that it is neither an easy nor a straightforward process for companies to identify and remediate issues in their supply chains, given the sometimes-byzantine nature of large, multinational corporations. Self-reflection is the first step in an often slow, but forward-moving process. As Genevieve Taft-Vasquez explained, “What may start as a campaign for advocacy…is a catalyst for corporate action.”

Moving from acknowledgement to action requires overcoming obstacles, from ambiguities and opaqueness in companies’ contractor and subcontractor arrangements to the varying regulatory environments within which industries operate. Organizations like Verité advise companies on navigating these barriers and developing comprehensive approaches to addressing issues. A coordinated effort among all stakeholders – companies, governments, and nonprofits – is necessary to create an environment in which companies and industries have the tools and support for clean supply chains.

All panelists agreed that first steps with small, proven measures in the fight to eradicate labor trafficking include banning company holding of employee passports and documentation, prohibiting recruitment and onboarding fees directed at employees, and providing written employment contracts. More comprehensive best-practice frameworks – particularly for different industries – can be created at the nexus of industry collaboration and constructive nonprofit and government involvement. 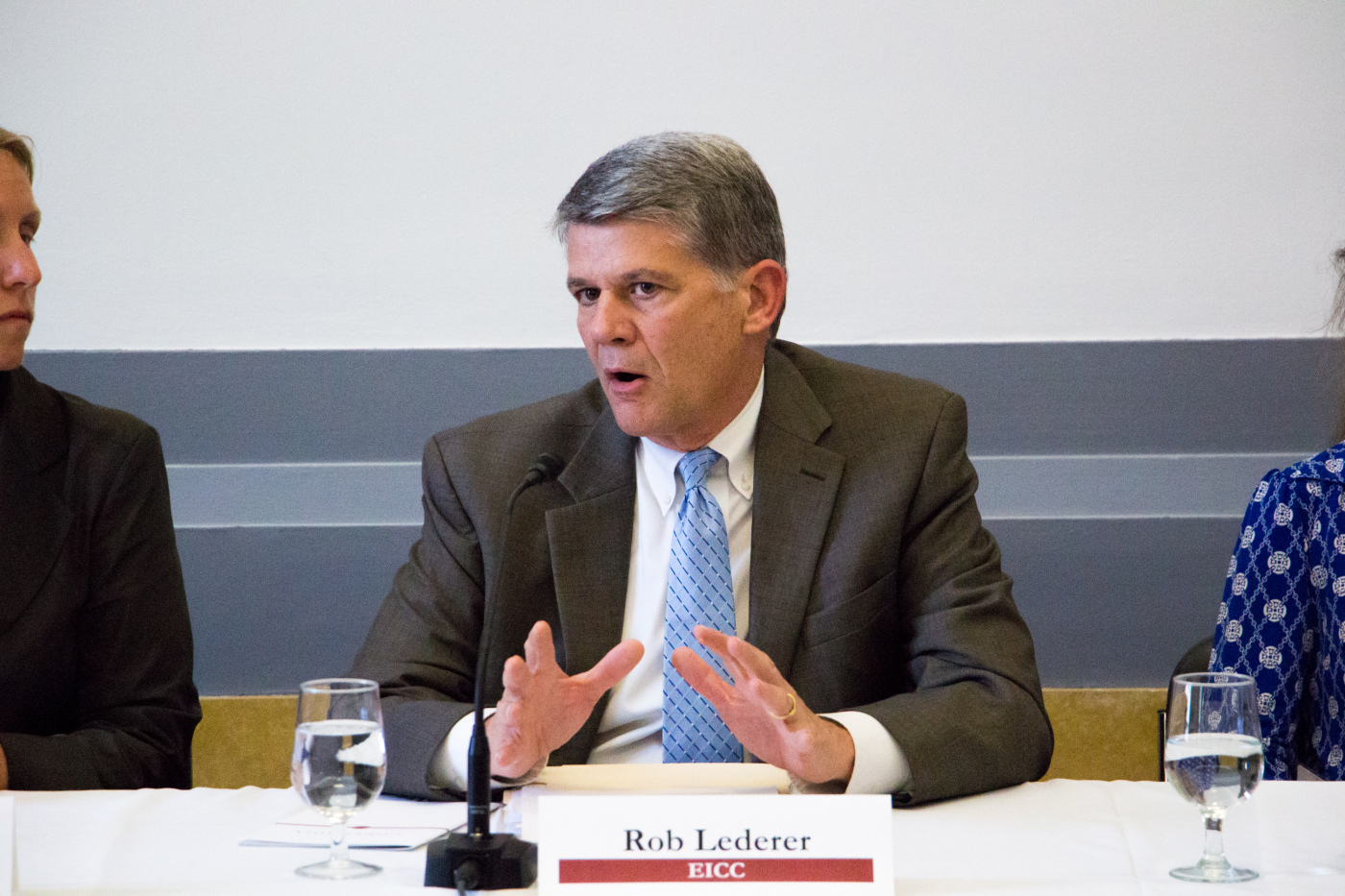 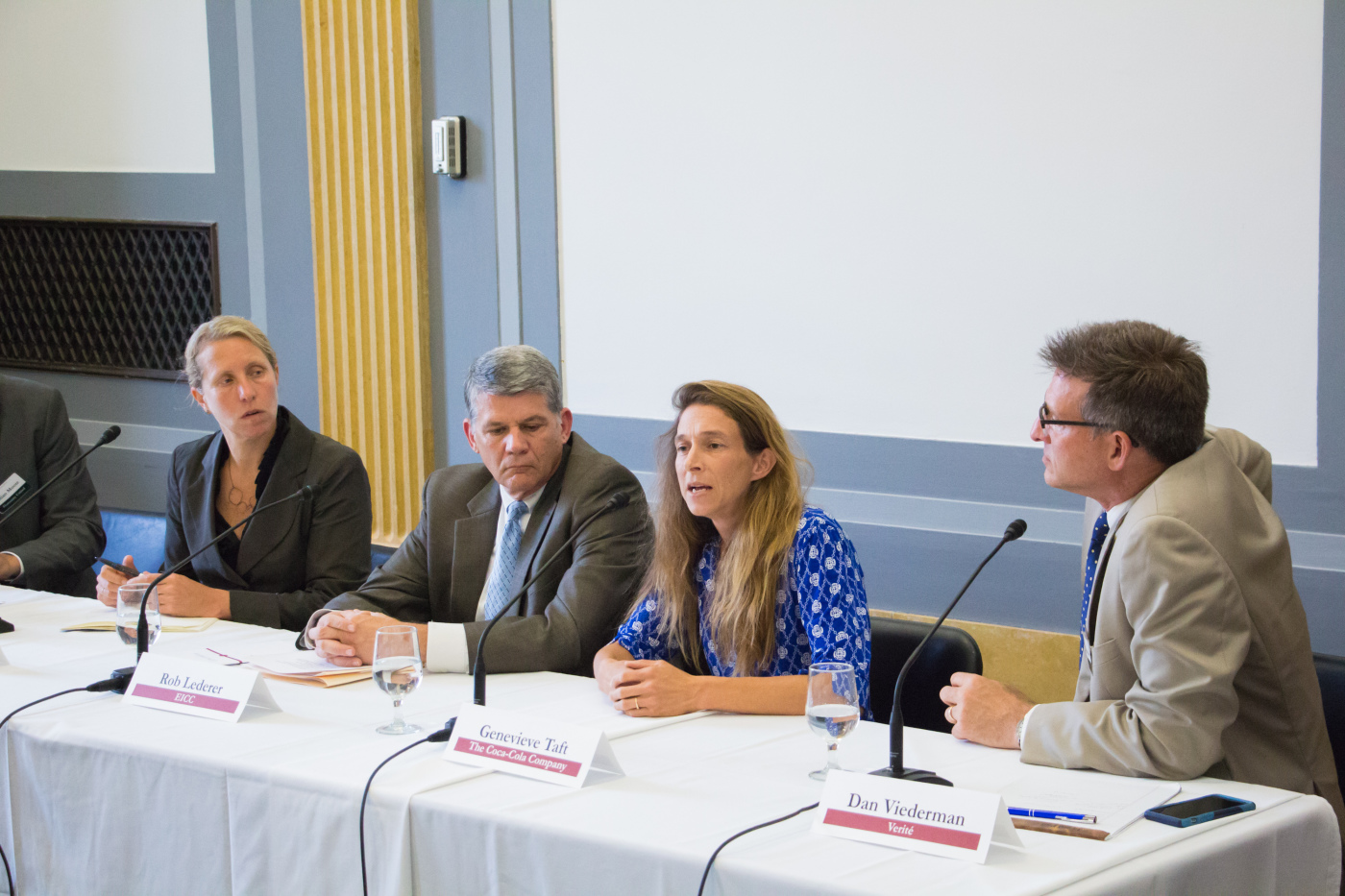 “We are thrilled that so many stakeholders are committed to the issue of labor trafficking. Concordia looks forward to continuing the dialogue and establishing partners for what promises to be a high-impact campaign.”

The Concordia Campaign Against Trafficking, a two-to-five year commitment from Concordia, will 1.) raise awareness, 2.) develop practitioner-focused tools, and 3.) establish a public-private partnership that targets a specific aspect of labor trafficking. For more information, please contact Natalie Pregibon at npregibon@concordia.net.

We use cookies on our website to give you the most relevant experience by remembering your preferences and repeat visits. By clicking “Accept All”, you consent to the use of ALL the cookies. However, you may visit "Cookie Settings" to provide a controlled consent.
Cookie SettingsAccept All
Manage consent

This website uses cookies to improve your experience while you navigate through the website. Out of these, the cookies that are categorized as necessary are stored on your browser as they are essential for the working of basic functionalities of the website. We also use third-party cookies that help us analyze and understand how you use this website. These cookies will be stored in your browser only with your consent. You also have the option to opt-out of these cookies. But opting out of some of these cookies may affect your browsing experience.
Necessary Always Enabled
Necessary cookies are absolutely essential for the website to function properly. These cookies ensure basic functionalities and security features of the website, anonymously.
Functional
Functional cookies help to perform certain functionalities like sharing the content of the website on social media platforms, collect feedbacks, and other third-party features.
Performance
Performance cookies are used to understand and analyze the key performance indexes of the website which helps in delivering a better user experience for the visitors.
Analytics
Analytical cookies are used to understand how visitors interact with the website. These cookies help provide information on metrics the number of visitors, bounce rate, traffic source, etc.
Advertisement
Advertisement cookies are used to provide visitors with relevant ads and marketing campaigns. These cookies track visitors across websites and collect information to provide customized ads.
Others
Other uncategorized cookies are those that are being analyzed and have not been classified into a category as yet.
SAVE & ACCEPT