What Can Be Done to Shrink the Skills Gap?

The third and final installment of the Huffington Post three-part series is now available. View the data that supports the authors' contentions regarding strategies to close the skills gap.

On March 17, 2014, Peter Smirniotopoulos, founder and principal of petersgroup consulting and a contributor to The Huffington Post, and Natalie Pregibon, Director of P3 Intelligence published a Huffington Post article entitled, What Can Be Done to Shrink the Skills Gap?” The article is the last in a series of three about the U.S. economy, the job readiness of the country’s labor force, and strategies to address the skills gap that keeps existing jobs from being filled.

The below graphs support the authors’ contentions in their Huffington Post article regarding potential short-term and long-term strategies for shrinking the skills gap.

The number of active apprenticeship programs has similarly decline over the past decade, suggesting a decreased business interest in sponsoring apprentices.

However, there are spikes in the number of new programs being implemented, which suggests a willingness to try apprenticeship programs.

In the U.S., apprenticeships continue to exist primarily in “traditional” sectors, like construction. This contributes to the misconception that the term apprenticeship is synonymous with low-paying, low-skill employment.

In 2009, the U.S. had approximately 408,000 active apprentices. While this number appears substantial, it represents less than 1 percent of the labor force for that year. The below graph shows how the U.S. compares to other countries in terms of apprentices (according to national definitions). 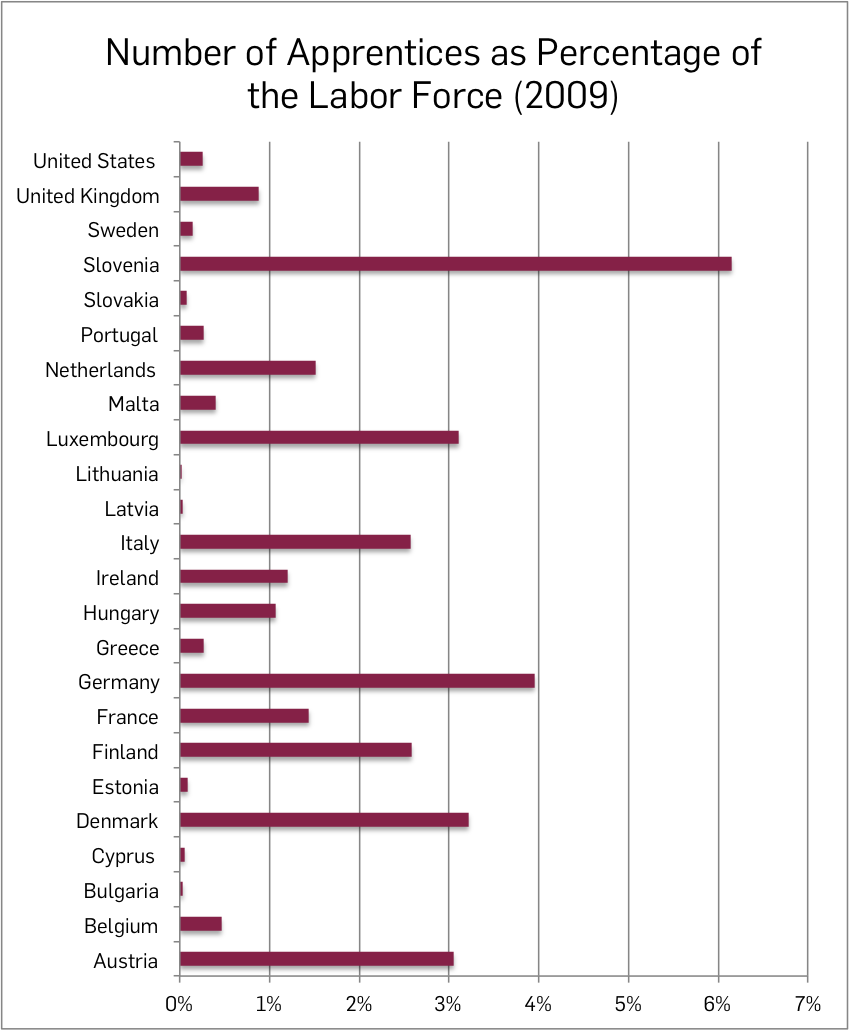 The number of students enrolled in public, 2-year institutions (as a percent of total public enrollment) has increased since the 1970s, but has remained relatively constant over the past few decades.

The U.S. has experienced a decline (albeit bumpy) in the percentage of employed persons who are working full-time versus part-time.