Mubin Shaikh: It Was all About “Disavowing Yourself From the Infidels”

Mubin Shaikh was your typical, “seemingly integrated” Muslim who was born and raised in Toronto, Canada. The following article is the first installment of a two-part series describing Shaikh's path to advocate for peace and justice.

I was your typical, “seemingly integrated” Muslim who was born and raised in Toronto, Canada. My father had been offered a job with a telecommunication company and moved to Canada in the early 70’s. I was born in 1975.  The Indian background from which my family came would define my earliest experiences with Islam.  I had already completed the reading of the Quran – in Arabic but without knowing its meaning – by the age of 12.  My daily routine went like this: wake up to go to (public) school where I would spend the day and returning home, prepare for Madressa classes for 2 hours in the evening.  I would realize later in adulthood that I was growing up immersed in two cultural constructs, simultaneously.  This created a competition within myself as to which particular identity should come to define who “I” was: Indian culture with its conservative, orthodox Islam or a Western experience where peer groups were no longer forced upon me as they were in the Madressa system.

When I moved into my high school years, I had no need to continue attending the Islamic classes.  I had arrived at my reading of the Quran by the age of 12 and now, at 13, entered into a second period of competing cultural constructs.  My community and family pulled me one way, towards the conservative Islam and incessantly reminded me of how my notions of identity, self-worth, and purpose were defined by the religion itself.  Islam was supposed to be my frame of reference through which I perceived and interpreted the world around me.  On the other side, my friends from high school – from their various cultural backgrounds – presented alternative viewpoints that my family side did not experience because of their upbringing in India. Here in Canada, I was in a completely new world to them.

A third aspect that played a major role in my identity and value construction was the Royal Canadian Army Cadets. It was a military like regimen for youth ages 12-19 and I joined in grade 9, at the age of 14.  One of the kids I met early in my first high school year convinced me to go with him one evening to his Cadet Corps and what I saw, I liked.  I would eventually become a Cadet Warrant Officer and by age 19, had advanced competencies in various military related subjects including the use of firearms.

By the age of 19, I had a serious identity crisis.  The decadence of my high school years would leave me with the feeling that my life was empty. In hindsight, I can say that my upbringing in the faith, gave me a sense of meaning and purpose that was tied to a much greater ideal: the Divine Himself.  How could possibly be achieving success in this highly materialized context?  There was more to life than just living as I was. 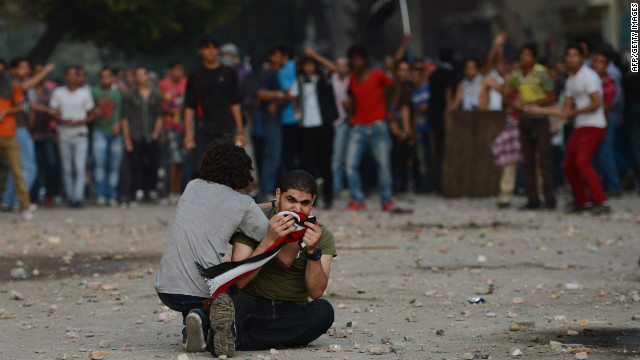 So, I made a monumental decision: I would go with one of the religious groups I was exposed to growing up and travel with them to India and Pakistan for 4 months.  I would spend these months completely immersed in the Indian context of faith and proselytization with a missionary group called, Tabligh Jamaat.  While in Pakistan, I was sent to an area called Baluchistan, to a city called Quetta which, unbeknownst to me, was a nerve centre of another Islamic group that we would come to know as The Taliban.  One day, as I was walking the countryside with our local fixer, we chanced upon a group of individuals who were dressed in traditional Afghan clothing and carried weapons on their persons (something I could appreciate given my military cadet experience).  Dismissing the nervous glance of the fixer, I approached them and discussed the Tabligh Jamaat viewpoint that “change” in the world comes by worship of God.  They agreed and raising their weapons, said, “THIS is also how you bring change!”

I would eventually return back to Canada in late August of 1995. I was now sporting my new beard and still wearing the clothes from India and Pakistan: black turban, beard and robes.  I announced to my friends that I could not associate with them anymore because they were non-Muslims and did not advance my faith in any way.  Also in 1995 at this time, a group called Taliban had just taken over Afghanistan and Islamic Law had come to the lands.  Instantly I flashed back to my encounter in Quetta and realized the Taliban fighter was proven right: change did in fact come by the weapon.

For the next few years – up until the attacks of 9/11 – I would immerse myself in the study of Jihad, a war tradition that defined all aspects of combat from the Islamic perspective.  Notions of what was lawful and unlawful – right and wrong – were again, framed through the religious worldview.  Now I was exposed to what we know as, “Jihadi videos” that showed ostensibly Muslim fighters in combat with the “infidel” enemy.  This was the mid-90’s when the Chechen war had begun.  I was soon watching my first beheading video along with other scenes of combat in which death and destruction abounded.  Now, I moved into a new peer grouping, moving away from the Tabligh Jamaat and into what is called, “Salafi” Muslims and represents a worldview that emerged in what we know today as Saudi Arabia.  It is known to perpetuate a simplistic understanding of Islam by suggesting that we return to the “ways of the righteous predecessors” – meaning, the way Islam was practised in the 700’s.  My open display of religion resonated with their understanding and I easily integrated into this group’s network of other enthusiastic, young Muslim males from various backgrounds some who were angry at the world or just angry at their former selves (as I was).  We talked of Jihad and fighting and the Jihadi videos constantly and was heavily involved in proselytizing other youth into this worldview.  It was all about “disavowing yourself from the Infidels” – the West – and created a separationist attitude towards society.  This deliberate disassociation would contribute to the feelings of isolation and alienation from the greater body and our sense of identity and meaning was not “Canadian” whatsoever, it was “Muslim” and the two could not ever coexist.