On Tuesday, February 10, 2015, Concordia joined with Eurasia Group to co-host a conversation between José María Aznar, former President of the Government of Spain, Maria Bartiromo, Global Markets Editor & Anchor for Fox Business Network, and key stakeholders from both the Concordia community and Eurasia Group network. The discussion focused on a timely topic: the geopolitical climate in Europe and immediate challenges facing the Eurozone.

Taking place on the eve of negotiations between Greece and its creditors, the conversation began by discussing the rise of populist parties across Europe. With centralist power collapsing, radical left and right wing movements are gaining traction in Greece, Spain, France, and Italy. What this means for the future of the Eurozone depends on individual countries, but President Aznar was steadfast in his position: a country cannot reap the benefits of the Eurozone and not play by the rules. Greece’s problem, according to President Aznar, is not economic; it is political. Being part of the Eurozone is about discipline, he argued, and if Greece doesn’t have discipline, then it is time for Greece time to leave the Eurozone.

As with any conversation on political risk, the topic of Russian President Vladimir Putin arose quickly. President Aznar had “no doubt” that if given the opportunity Putin would continue his expansion into the Baltic states. A number of the event’s attendees echoed President Aznar’s concerns regarding Putin’s desire to expand the borders of Russia, referencing the 2014 Concordia Summit panel where former heads of state of eastern European countries voiced warnings about Putin. However, others shared a different opinion, asserting that as it has done in the past, the United States is wildly overestimating the power of Russia. With a declining population, low gas prices, and public unrest, Russia is hardly in a threatening position. Though, acknowledgment was given to the fact that Russia possesses nuclear weapons and is still suffering the shame stemming from the collapse of the USSR. Several attendees insisted military action could create a sense of desperation that might result in war and instead advocated for pursuing a strategy of diplomatic and economic isolation. 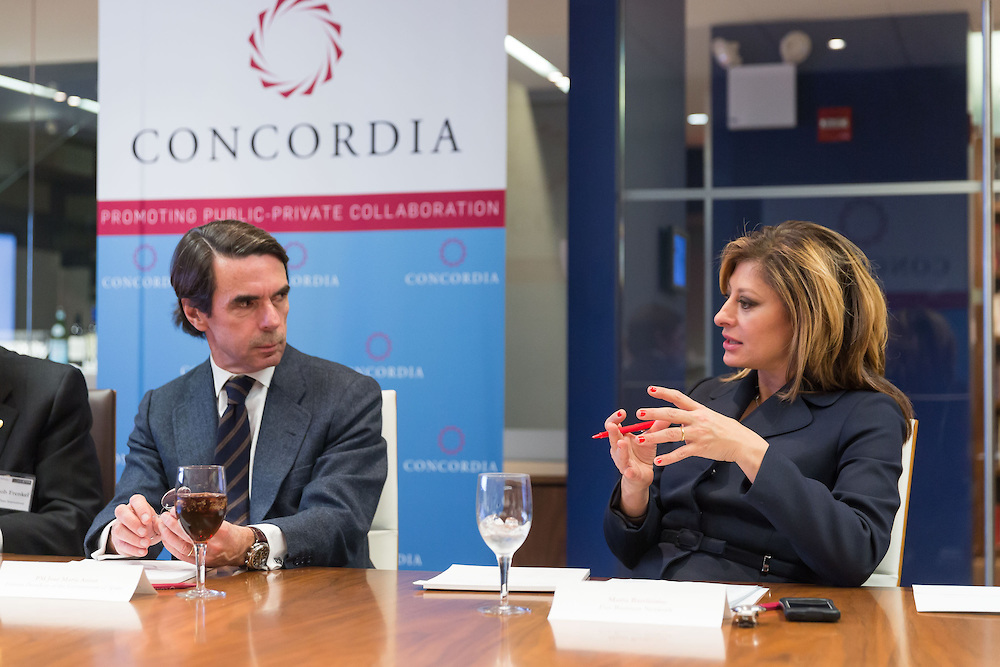 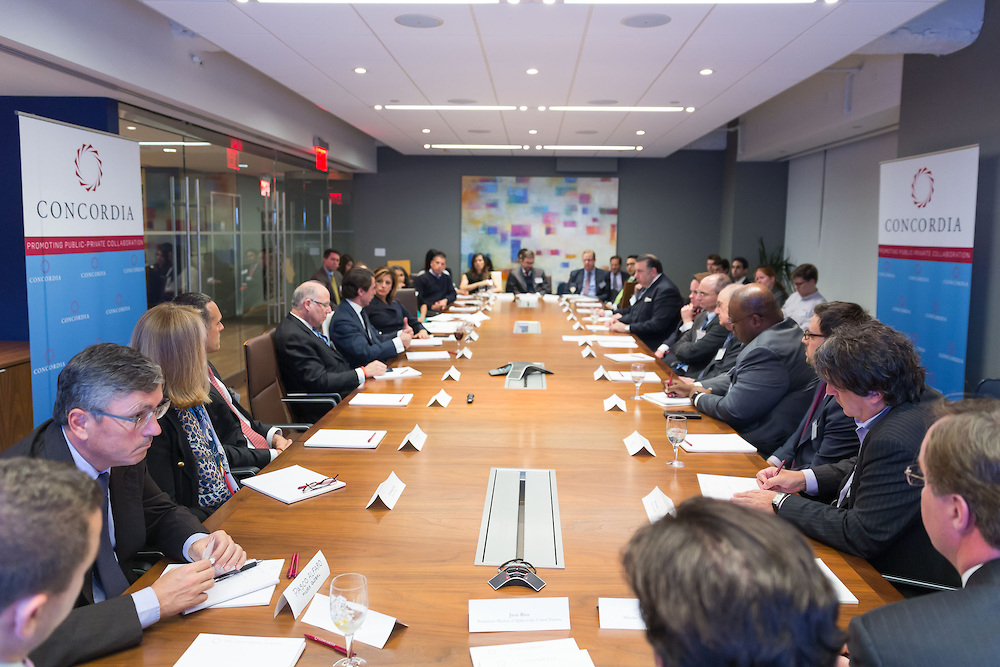 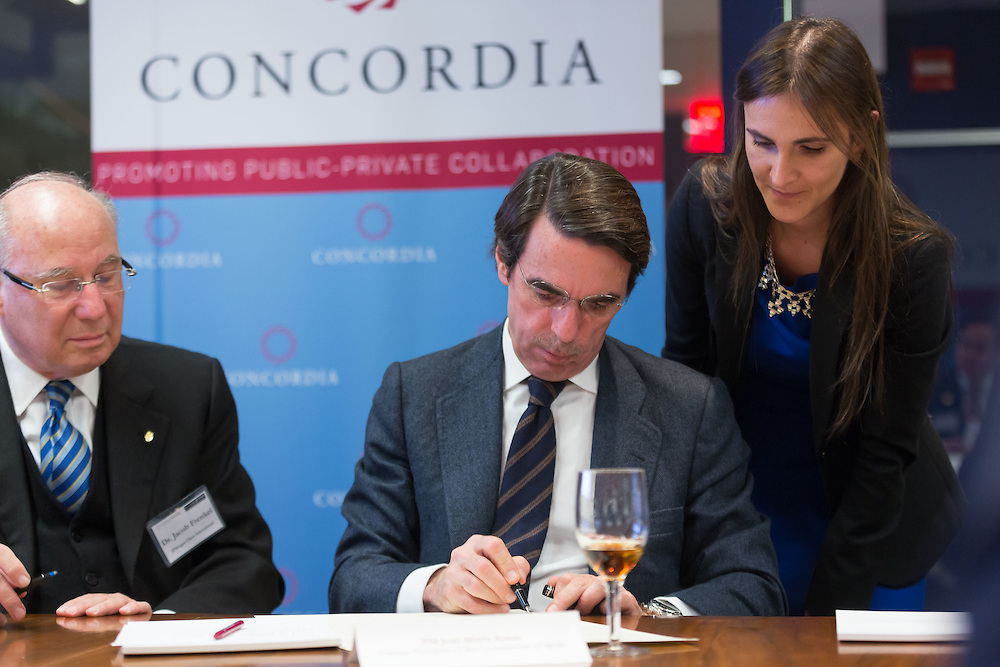 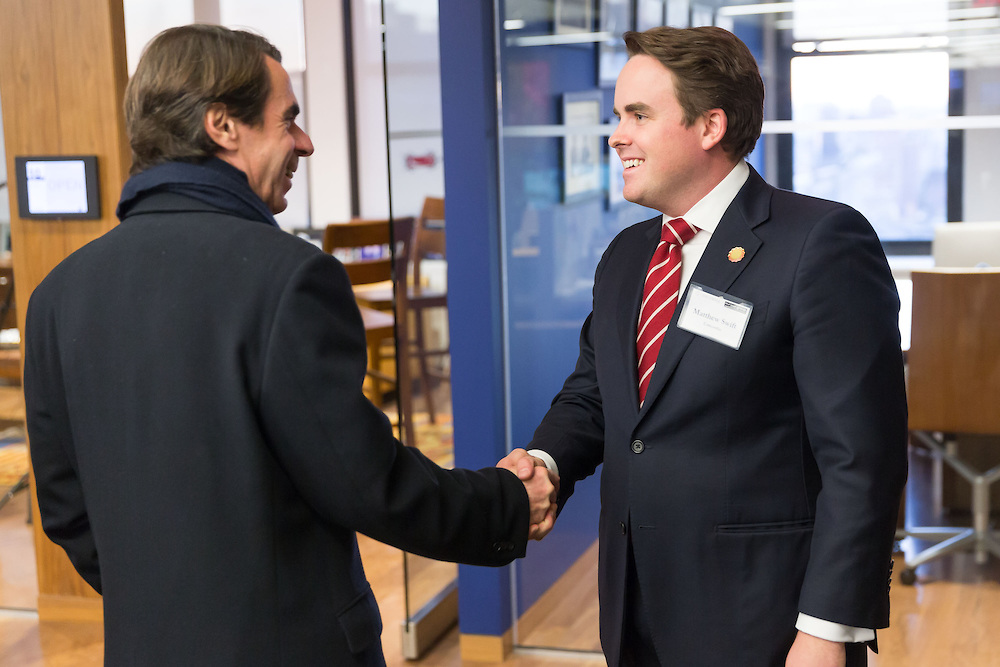 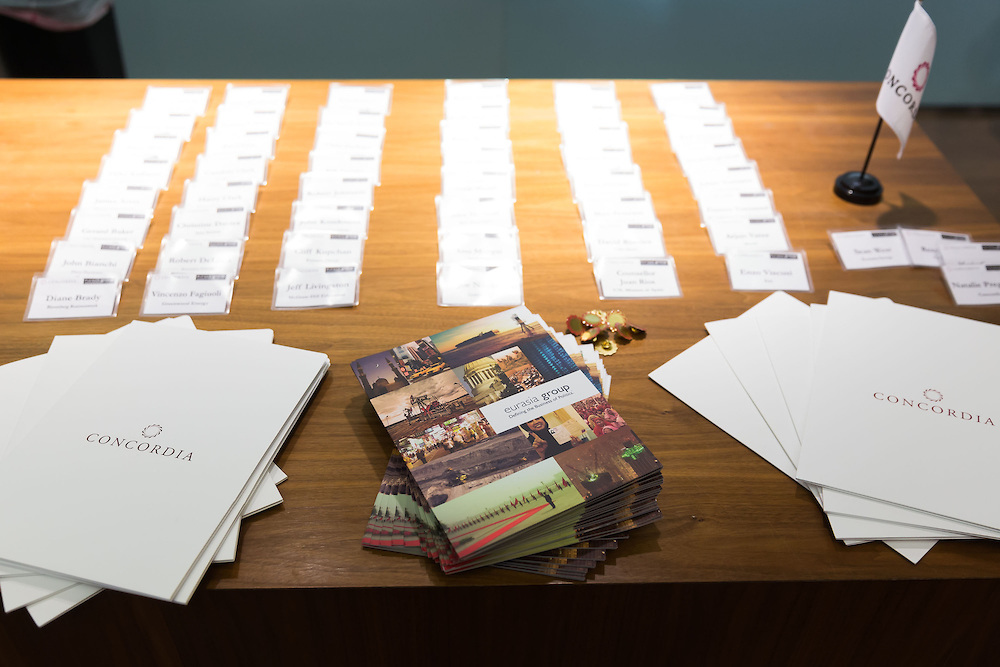 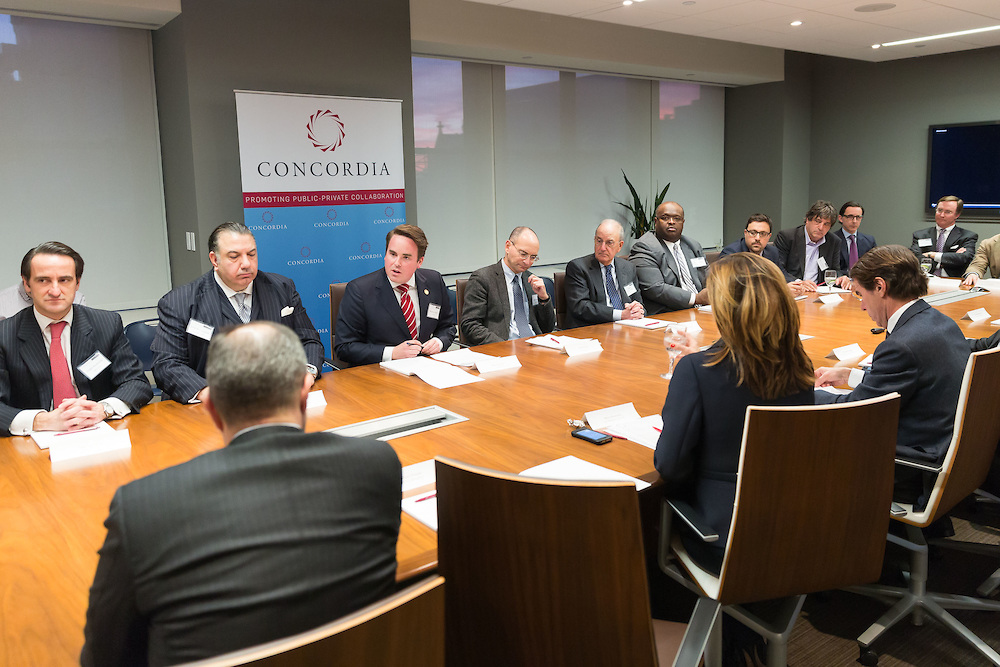 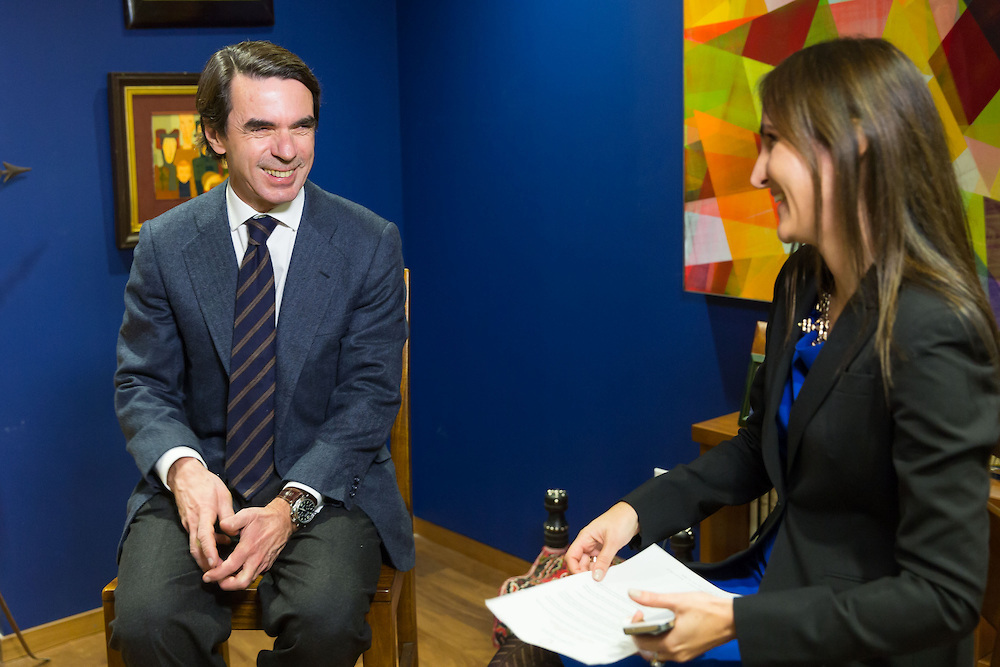 The event closed with President Aznar signing the Concordia Call to Action alongside other Concordia Leadership Council members in attendance, including Dr. Jacob A. Frenkel, Chairman of JPMorgan Chase International, Ms. Teri Ardleigh of Xcovery Vision, and Mr. John Koudounis, President & CEO of Mizuho Securities USA. Announced at the 2014 Concordia Summit, the Call to Action implores the world’s youth to take on leadership roles, engage in public service, and become global citizens.

For more information on how to become a Concordia Member, please visit: http://concordia.net/membership/