On Thursday, June 25th, Concordia will host a conversation with Álvaro Uribe Vélez, the former President of Colombia, and current Senator, on promoting democracy in Latin America. Elected during a period of significant political and social turmoil in Colombia, Uribe ran as an independent candidate with a platform focused on disbanding the Colombian guerilla group, FARC (Fuerzas Armadas Revolucionarias de Colombia or Revolutionary Armed Forces of Colombia).

In the year prior to his election, polls indicated that he would receive only 2% of the vote. Yet, President Uribe gained increasing support as the Colombian government pursued a more aggressive position in its negotiations with FARC. After being elected, he consistently received approval ratings above 70%, even reaching a high of 91% approval in 2008.

Uribe’s presidency ushered in economic and social reforms, including reductions in crime and growth in GDP. From 2002 to 2008, Colombia’s GDP rose from 2.5% to 8%, and poverty decreased from 53.7% in 2002 to 29% in 2010. Although FARC remains active, Colombia is no longer the world’s leading producer of cocaine; moreover, in the eight years that President Uribe led Colombia (2002-2010), homicide and kidnapping rates dropped by 70% and 84%, respectively.

Most notably, negotiations with FARC, which had stalled at the establishment of a demilitarized zone, took a new turn when President Uribe decided to solicit the help of civil society and the private sector. Uribe created a coalition of private citizens to aid the Colombian police force in its efforts to maintain security.

This public-private collaboration extended to President Uribe’s work in many other areas. For example, in education, he brought on both Colombia’s longest-serving Minister of Education, Cecilia María Vélez White, and a private advisory body to provide direction in instituting education reforms. By the end of President Uribe’s term, Colombia transformed its vocational education programs, training about eight million workers a year, and adding millions of Colombians to the workforce.

Since leaving office, Uribe has continued his work on economic and social reforms. In 2013, he founded the Democratic Center (Centro Democrático) Party along with several key business and political leaders. As a member of the Democratic Center, he was elected to the Senate along with 19 other members of his party, as well as 19 members in the Chamber of Representatives. 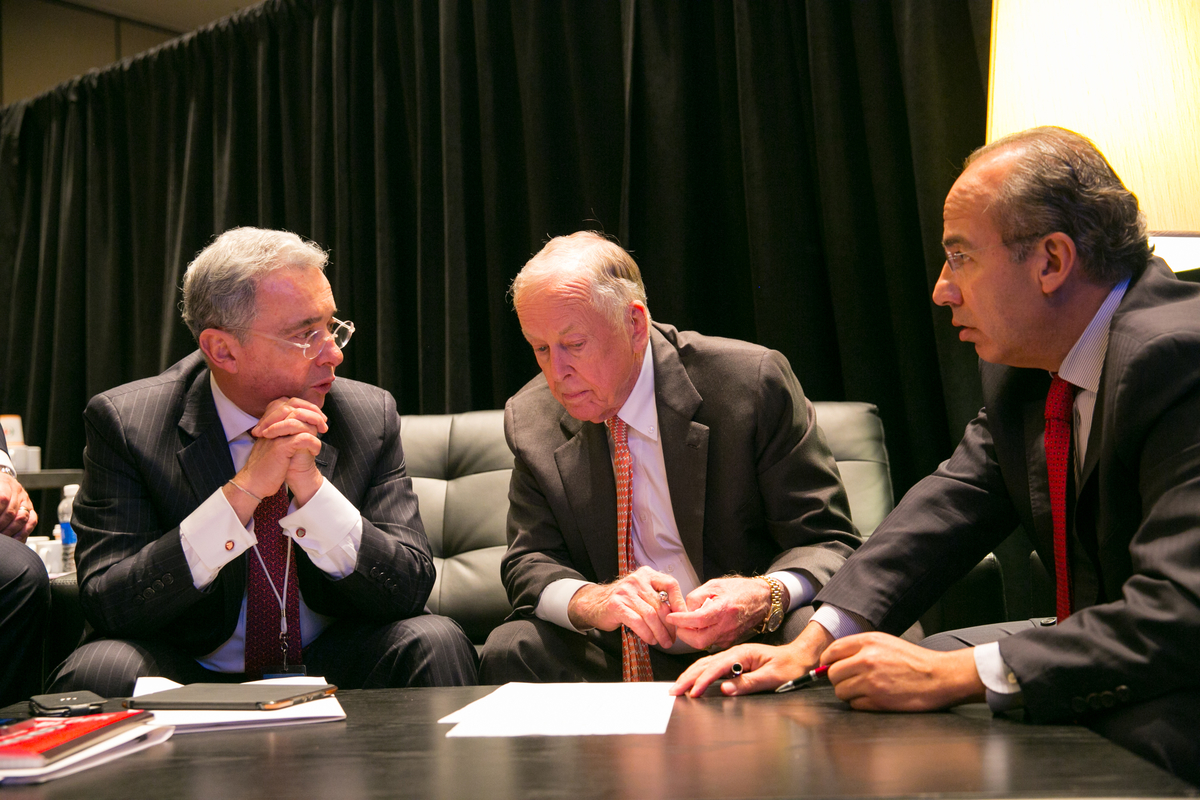 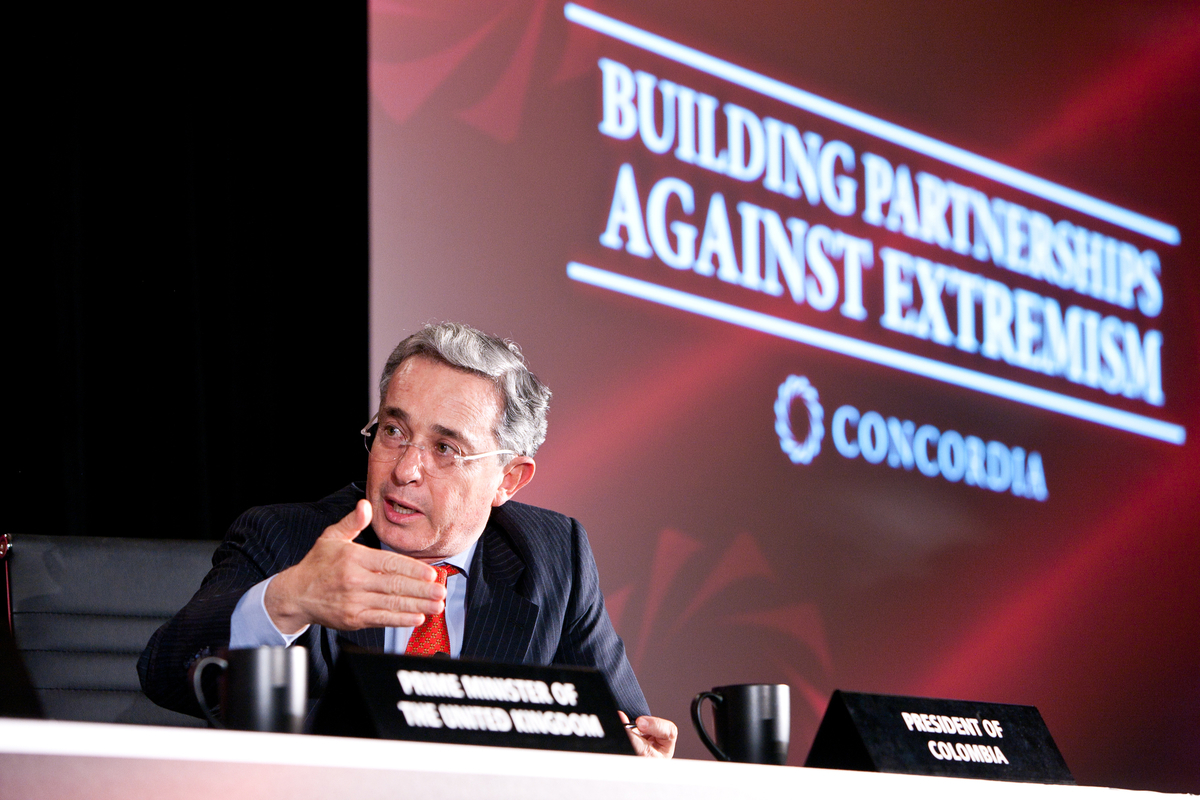 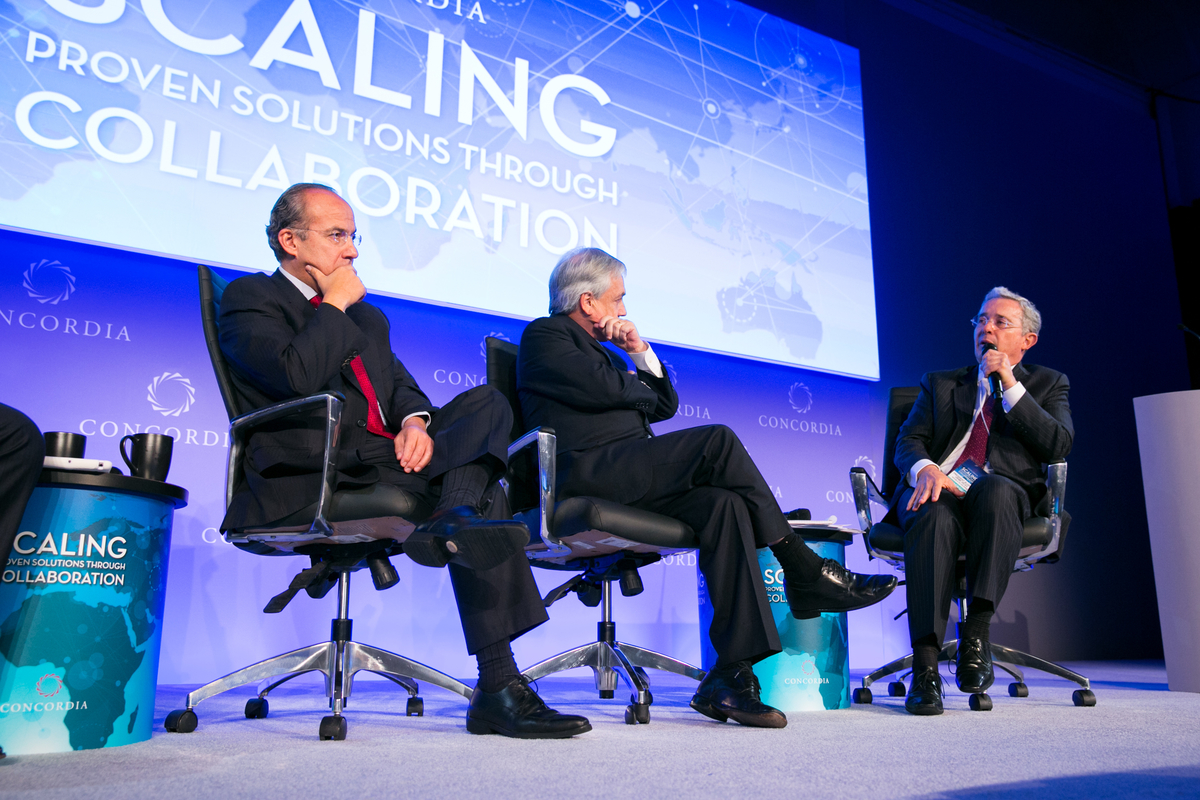 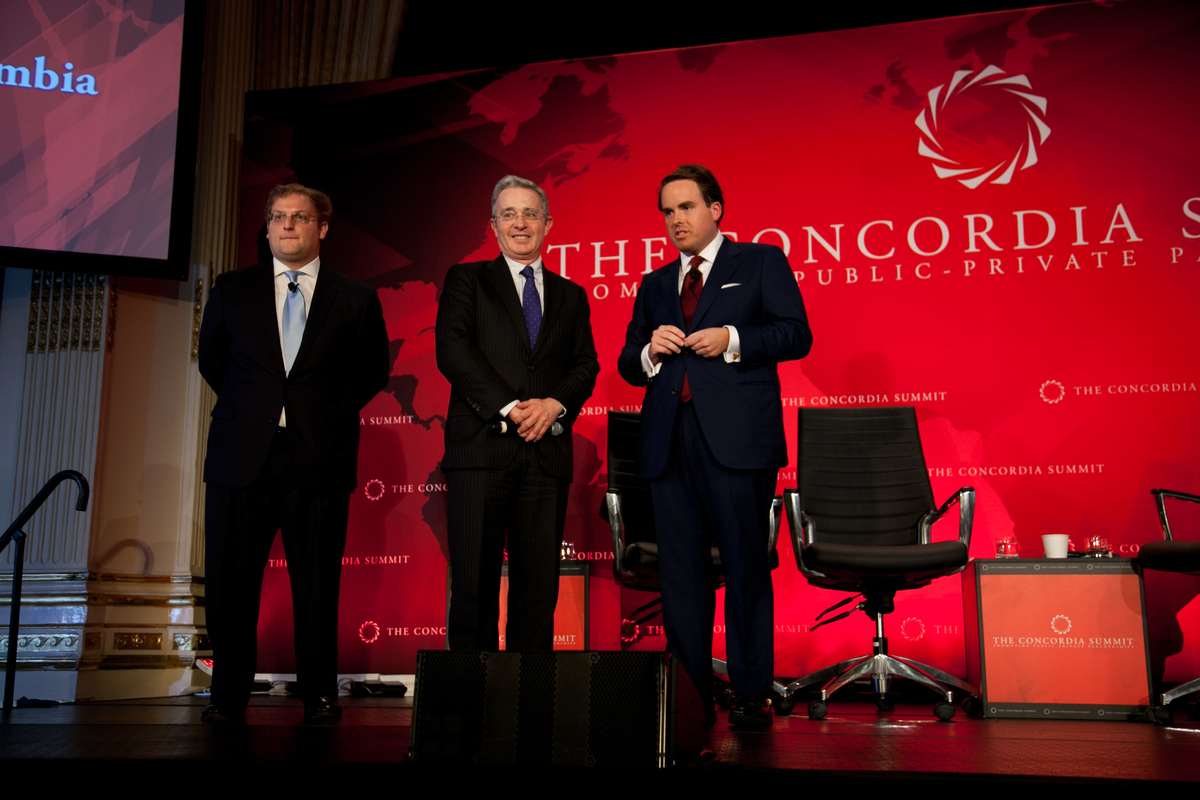 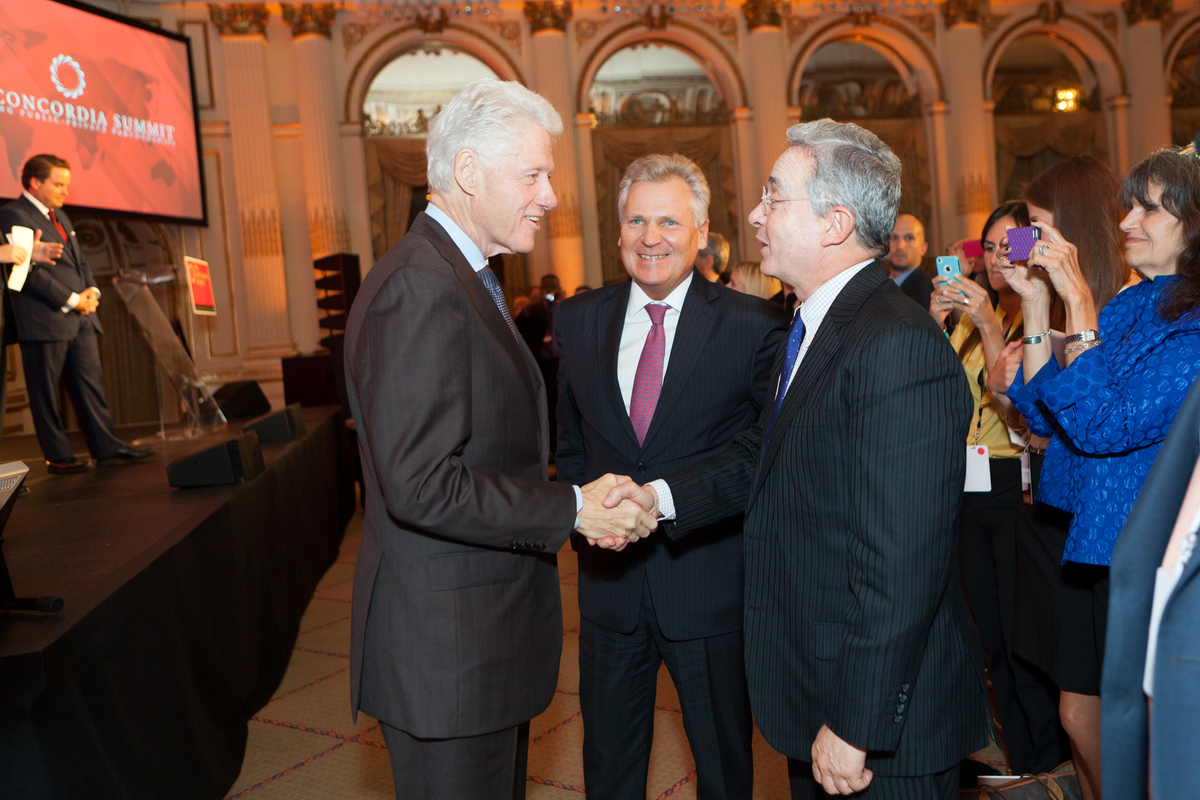 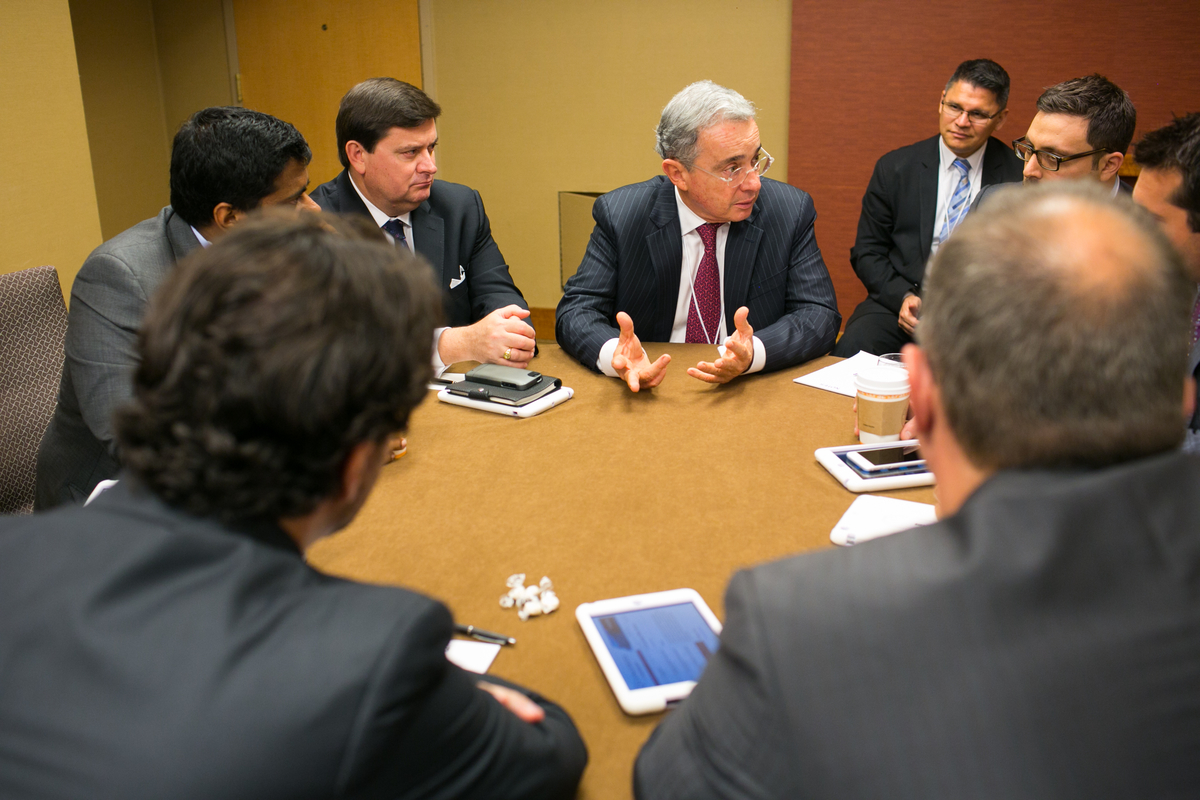 In this session, President Uribe will address several key issues facing democratic nations in Latin America, and expand on the innovative ways that cross-sector collaboration can help increase the efficacy of democratic institutions.

To learn more about President Uribe and his role on Concordia’s Leadership Council, see his biography.

For more information about how to become a member of Concordia and receive invitations to this and other events, please visit http://concordia.net/membership/ or contact Program Manager Donniell Silva at dsilva@concordia.net.