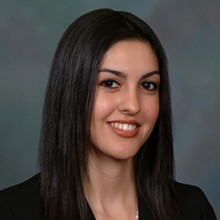 Yasmin leads the policy strategy and legislative agenda of Rights4Girls. As a human rights attorney and advocate, she works to advance federal policy to address gender-based violence and human trafficking in the U.S. She has successfully advocated for millions in federal funding for domestic human trafficking victims and fought to reform the child welfare system to better identify and respond to survivors of child sex trafficking.

Yasmin’s work and advocacy focuses on the intersections between race, gender, violence, and the law. She speaks widely on these issues and educates the public and policymakers on how they affect the lives of marginalized women and children.

Yasmin currently serves as faculty judicial educator for the National Council of Juvenile and Family Court Judges, sits on the Advisory Committee for the Office of Juvenile Justice and Delinquency Prevention’s National Girls Institute, and was a member of the Department of Justice’s National Task Force on the Use of Restraints with Pregnant Women and Girls under Correctional Custody.