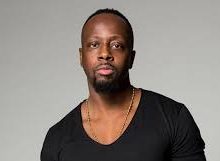 A three-time Grammy Award winner, producer, actor, and philanthropist,  Wyclef Jean has written, performed, and produced — both as a solo superstar and as founder and guiding member of the Fugees — for over two decades. In 1996, the Fugees released their monumental album The Score. As a solo artist, Wyclef has released seven albums that have sold nearly nine million copies worldwide. Wyclef Jean moved with his family from Haiti to Brooklyn when he was nine but has since been an active supporter of his native country. Born in Croix-des-Bouquets, Jean lived on the island of Haiti until the age of 13 when his family moved to Brooklyn, N.Y. A singer-songwriter who also plays guitar, piano and drums, Jean began his music career as a member of The Refugee Camp (The Fugees) with Lauryn Hill and fellow Haitian immigrant Prakazrel “Pras” Michel, his cousin.  Jean launched his solo career in 1997 with the release of “Wyclef Jean Presents the Carnival Featuring the Refugee All-Stars.” His albums that followed included “The Ecleftic: 2 Sides II a Book” in 2000, “Masquerade” in 2002, “The Preacher’s Son” in 2003 and “Sak Pasé Presents: Welcome to Haiti” in 2004, which features many songs in his native language of Haitian Creole. During the past decade, Jean has produced and written songs for several documentaries and major motion pictures, including “The Manchurian Candidate,” “Hotel Rwanda,” “The Agronomist” and “Ghosts of Cite Soleil,” as well as collaborative songwriting and recording efforts with rap and R&B artists including T.I., Lil’ Wayne, Niia, Akon, will.i.am and Ludacris. In 2009 Jean released the EP “From the Hut, to the Projects, to the Mansion” using the alias Toussaint St. Jean, his rap moniker. Jean established the Yelé Haiti Foundation in 2005 after the devastation caused by Hurricane Jeanne. The organization has continued to provide assistance to Haitians in the aftermath of the recent earthquake. Wyclef recently finished Wyclef Goes Back to School, which is a collaboration with students he met while touring the United States and visiting colleges across the country.