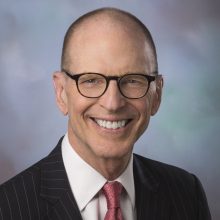 The Honorable William Zarit is Senior Counselor at The Cohen Group, where he advises western multinationals working in the Chinese commercial market and helps Chinese companies navigate the U.S. business environment. Chairman Emeritus of the American Chamber of Commerce in China (AmCham China), he served as Board Chairman 2017-2018.

From 2009-2014 Mr. Zarit was Minister for Commercial Affairs at the U.S. Embassy in Beijing, overseeing the U.S. Department of Commerce’s trade and investment promotion and trade policy activities in Beijing, Chengdu, Guangzhou, Shanghai, and Shenyang. Prior U.S. Commercial Service posts included Deputy Assistant Secretary overseeing Commercial Sections in U.S. Embassies and Consulates worldwide; Regional Director for East Asia/Pacific; and leadership roles in the U.S. Embassy in Kuala Lumpur and the American Institute in Taiwan. He achieved the Career Minister rank for his service.

Before joining the U.S. Commercial Service Mr. Zarit was Economic and Commercial Program Officer for the New York-based National Committee on U.S.-China Relations. Prior to that he served as Marketing Manager/China for Pacific Bell’s international operations, preceded by his work as Project Manager for the first IBM PC dealer in China, China Business Associates. Mr. Zarit also served as Mandarin Chinese Interpreter for the U.S. State Department Language Services.