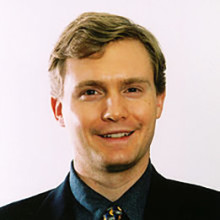 Bill Steiger serves as Managing Director to the Secretariat of Pink Ribbon Red Ribbon, an international initiative against breast and cervical cancer in sub-Saharan Africa and Latin America. In this role, he is leading a strategic-planning process to shape the partnership’s expansion over the next few years.

During 2012, Mr. Steiger was a Senior Advisor to the General Manager of the Global Fund to Fight AIDS, Tuberculosis and Malaria. Among other tasks, he helped restructure the Fund’s Secretariat and design the organization’s new funding and grant-making model.

In 2011, Mr. Steiger served as the staff director for the High-Level, Independent Panel that reviewed the Global Fund’s fiduciary controls, grant-making, risk-management and administration. The Panel’s report was the impetus for a wide-ranging reforms at the institution.

Mr. Steiger has also worked over the last several years as a Senior Advisor for International Affairs at consulting firm Leavitt Partners, working on food-safety and global health projects.

From 2001 to 2009, he was Special Assistant to the Secretary for International Affairs and the Director of the Office of Global Health Affairs at the U.S. Department of Health and Human Services (HHS).

During his eight years as Director of the HHS Office of Global Health Affairs, Mr. Steiger advised the Secretary and Deputy Secretary on global health, international family and social-affairs issues; coordinated overseas programs and spending; developed relationships with foreign governments and U.S. embassies and missions; and managed international travel and staffing. Mr. Steiger represented HHS at various multilateral organizations on behalf of the U.S. government.

Mr. Steiger has served as the U.S. Member of the Executive Board of the World Health Organization, President of the Executive Committee of the Pan-American Health Organization, and U.S. Member and Alternate Member on the Board of Directors of the Global Fund to Fight AIDS, Tuberculosis, and Malaria. He acted as the HHS Secretary’s liaison to the National Security Council, the U.S. Department of State, and the U.S. Agency for International Development. He also served as the department’s representative to the Office of the U.S. Global AIDS Coordinator in the implementation of the President’s Emergency Plan for AIDS Relief (PEPFAR) and to the Steering Committee that manages the President’s International Malaria Initiative.