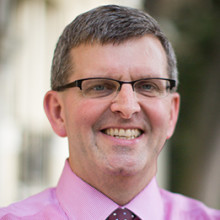 William Warshauer is the President and CEO of TechnoServe, a non-profit that works with enterprising people in the developing world to build competitive farms, businesses, and industries. William brings more than 25 years of experience in international development and the private sector. He launched his career as a Peace Corps volunteer in Sierra Leone, and has since worked in 40 developing countries. In his most recent role, William served as COO of Pact, Inc. and as President of the Pact Global Microfinance Fund – one of the world’s largest microfinance institutions – which made over $120 million in loans to poor rural women in 2013. Previously, William served as Executive Vice President for health and development solutions at Voxiva Inc., where he led the development of innovative, mobile phone-based health information systems. As a former Executive Vice President at PSI, he led initiatives such as the development of the organization’s global strategic plan and oversaw a $90 million portfolio of health programs in Africa.

William is a regular guest lecturer at the Darden School of Business at the University of Virginia on the topic of social entrepreneurship. He has been a featured speaker at the Net Impact Conference, Harvard’s Social Enterprise Conference, and the American Marketing Association. William graduated with honors from Yale University, where he earned a bachelor’s degree in English, and received a master’s degree in Public Affairs from the Woodrow Wilson School at Princeton University.