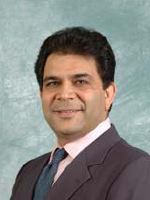 Vipul Bhagat brings to bear substantial experience at IFC in the areas of investment and advisory services – with special emphasis on infrastructure and the financial sector. Currently, he is a Manager in charge of climate business within IFC’s Advisory Services in Public-Private Partnerships (PPP) Department. Before that, he was IFC’s manager responsible for launching and significantly growing the PPP Advisory Services for South Asia, based in India, and also served as IFC Country Manager for the Philippines and Thailand. Earlier, Mr. Bhagat was based in Hong Kong with responsibility for IFC’s financial sector investments in the East Asia region where he played a key role in a number of major restructurings and investments that IFC made in the wake of the Asian financial crisis, especially in China, Indonesia, Korea, Philippines and Thailand. He was part of the core team that established IFC’s Hong Kong regional hub in 2000 and implemented IFC’s decentralization model.