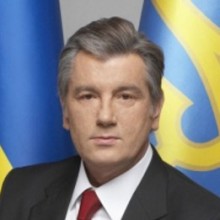 Victor Yushchenko served as President of Ukraine from 2005 to 2010. He was the leader of the Orange Revolution, a widespread peaceful citizen protest over corruption and voter intimidation that brought him to power in 2005. He was one of Ukraine’s most sucessful reformist Prime Minister from 1999 to 2001, and the Governor of the Central Bank from 1993 to 1999. Since leaving office in 2010, Yushchenko has remained vocal supporter of democracy and European integration in Ukraine, particularly in his ouspoken condemnation of Russian aggression.