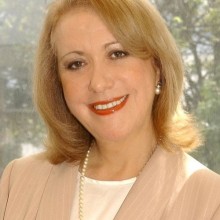 Vicky Colbert is founder and director of Fundación Escuela Nueva and co-author of the Escuela Nueva educational
model, worldwide known for its proven effectiveness in improving the quality of education.

She has developed, expanded and sustained this innovation from different organizational spheres: as the first Escuela Nueva National
Coordinator, Director of Distance Education in Javeriana University, ViceMinister of Education of Colombia, UNICEF’s Regional
Education Adviser for the LAC region and now, from Fundación Escuela Nueva, a nonprofit she founded in 1987 to ensure the quality
and sustainability of the Escuela Nueva model in Colombia and abroad, and to further adapt its proven, cutting-edge pedagogy to new
contexts and populations. Under Colbert´s leadership, FEN has adapted the Escuela Nueva model to urban settings (1987) and for
migrant, displaced populations in emergency situations (2001) and just recently was ranked 42nd by The Global Journal among the Top
100 Best NGOs worldwide.

She completed her undergraduate Sociology degree in Javeriana University in Colombia and earned two M.A.´s in Sociology of Education
and Comparative International Education from Stanford University in the United States.