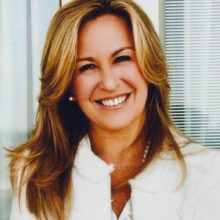 Degree in Law from the Autonomous University of Madrid, since February 2016 she has been the Director of Global Strategy for Public Affairs at Telefónica, SA Prior to joining the telecommunications company, she assumed outstanding responsibilities within the Spanish Socialist Workers Party (PSOE) ) how to be Second Vice President of the Equality Committee and Spokesperson of the Foreign Affairs Committee; member of the NATO Parliamentary Delegation; Secretary of Social Policy of the party, as well as Secretary of International Relations for seven years.

Under the presidency of José Luis Rodríguez Zapatero, she held the positions of Minister of Foreign Affairs and Cooperation (2010-2011), and that of Minister of Health and Social Policy (2009-2010) respectively. Previously, she was appointed Secretary of State for Latin America, a position she held from 2006 until her appointment as head of the Health portfolio.

From 1995 to 1989 she highlights her work as Head of Relations with Latin America in the Secretariat of International Relations of the PSOE.