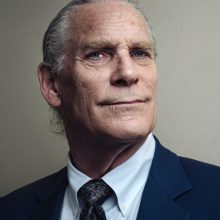 With a focus on inspiring environmental leadership across sectors and party lines, Crow serves on the board of directors for ConservAmerica and co-founder of Texas Business for Clean Air (2008) and Texans for Clean Water.  He is also a long-term supporter of the Texas Conservation Alliance, the Nature Conservancy of Texas, Log Cabin Republicans, Texans for Public Lands, Energy Defense Fund, Paul Quinn College and the League of Conservation Voters.   His philanthropy benefits various nonprofit organizations that are active in family planning, education, the environment, community initiatives and political causes.

Trammell has four children, Nathan and Daniel residing in Dallas, Isabella studying at Trinity College in Hartford, Connecticut and Margaret, restaurateur in London.