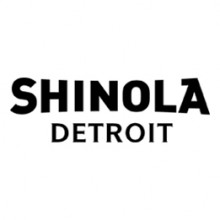 In 1984, Tom Kartsotis, then a 24-year-old college dropout who scalped tickets outside Texas Stadium for a living, started making cheap fashion watches in Hong Kong under the name Fossil. His older brother Kosta, a former Sanger Harris executive, helped get the line into department stores.

Less than ten years later, the brand went public and, along the way, grew from a small watch company to a global lifestyle brand, selling $3.2 billion worth of watches, handbags and clothing annually. Kartsotis was chairman and chief executive until 2000 and remained chairman until 2010. He still holds a small but undisclosed stake in the company.

In 2003, Kartsotis founded his brand management firm, Bedrock Manufacturing Co., named after the hometown of cartoon character Fred Flintstone. Bedrock itself flies under the radar, but the Texas-based company has quietly built up a portfolio of consumer brands, with a particular interest in American products.

Kartsotis is active on a daily basis in the management of Bedrock and its various brands. In 2011, he set up a state-of-the-art operation called Shinola that now produces 225,000 high quality watches a year, as well as bicycles, leather goods and hand-crafted journals.

Shinola takes its name from the American shoe polish that was popularized by the expression, “You don’t know shit from Shinola.” The no-nonsense attitude also comes through in the Detroit-based company’s designs, which evoke a “Made in the USA” sense of pride, a badge of quality and reliability.

In 2012, Bedrock added Filson to its portfolio. Founded in 1897 and based in Seattle, the brand continues to hand-make all its designs, from outdoor wear to leather bags, in America.