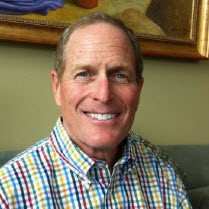 Tom Harvey is a businessman whose career has focused on helping individuals and organizations succeed economically and politically in the water, energy and environment, and national security sectors. Mr. Harvey is Chairman of the Global Environment & Technology Foundation (GETF), a non-profit foundation he founded over 25 years ago. He served as Chairman of Roy F. Weston, Inc, one of the top ten environmental engineering firms in the country. As Chairman, Mr. Harvey was instrumental in Weston’s reorganization and turnaround. Adept at turning challenges into opportunities, Mr. Harvey has owned several successful companies, each centered on business development and technology commercialization. GETF specializes in environmental technology commercialization, energy and climate, and water access solutions. Through GETF, Mr. Harvey has organized national initiatives on the U.S. Water Partnership, AIDS Healthcare, Energy Strategy, Global Change, Sustainable Development, and Environmental Technology Commercialization. The other companies specialize in communications, management, and international business consulting. Clients have ranged from Fortune 100 companies to the White House, federal agencies, and foreign governments. Prior to starting his own companies, Mr. Harvey spent 20 years in senior positions with the White House, National Security Council, Department of Defense and Congress. A graduate of West Point, Mr. Harvey was selected as a Congressional Fellow and served as National Security Advisor in the House of Representatives and the U.S. Senate. His White House experience includes writing the first National Security Strategy report and developing the National Space Strategy while working as a member of the National Space Council. In the Department of Defense he served as Congressional Liaison Officer, specializing in space operations, intelligence, energy and the environment and as speechwriter for the Army Chief of Staff. Mr. Harvey holds considerable international experience having lived and worked in Africa, Eastern Europe, Russia and China. Mr. Harvey and his wife Pam have been married 41 years and have four children and eight grandchildren. Education: M.B.A, University of Puget Sound; M.A., International Relations, Boston University; Foreign Affairs Fellow, Johns Hopkins University; B.S., Engineering, West Point