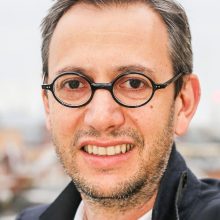 He has more than 15 years’ experience advising Presidents, Prime Ministers, CEOs and high-profile individuals throughout the world on their reputation, communications, litigation, and crisis management.

Thomas started his career working for the French Government and the Prime Minister’s office. He served as an adviser to the Bulgarian Prime Minister in Sofia and to the Georgian President in Tbilisi. He also worked in Kyiv as Chief of Staff to Victor Pinchuk, one of Ukraine’s most prominent investors. Out of London, Thomas set-up and successfully led APCO Worldwide’s global geopolitical, reputation and litigation consulting practice.

Thomas has a longstanding passion for philanthropy. He was the National Secretary of the Action Sociale Etudiante in Paris. In 2006, he designed and became President of the Victor Pinchuk Foundation, then the largest philanthropic foundation in Eastern Europe. Thomas co-led the effort to create an Aspen Institute in Ukraine and in the UK. He serves on the board of the Aspen Institute in France, Ukraine, and UK.