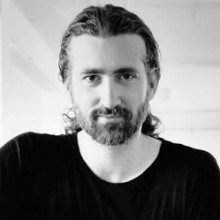 Thomas Ermacora FRSA, is a Danish-Italian regeneration architect, impact entrepreneur and futures thinker, helping communities, developers and local authorities making better and happier places. He is the producer, design director and co-author of Recoded City: Co-Creating Urban Futures, due for release fall 2015 by Routledge International, exploring the potential of distributed and participatory placemaking to balance cities.

Founder and creative director of strategic regeneration non-profit Clear Village, he has delivered initiatives catalysing the recovery of neighbourhoods in the UK and across Europe. The tools and processes he has invented and developed have received numerous peer accolades and been nominated for the INDEX award 2013 and Placemaking Awards 2014 & 2015.

In 2012 he restored a complex of warehouses from reclaimed elements in Hackney, east London, to create the Limewharf cultural innovation hub which houses the Machines Room fablab. Prototyping space and futures laboratory for both artistic and technological projects, Ermacora has curated groundbreaking shows such as Adhocracy with Joseph Grima and supported the incubation of hardware start-ups like Technology Will Save Us. Today the Machines Room has become a circular economy testbed for institutions such as NESTA, the Crafts Council, the British Council’s Maker Library Network, the Royal Society of Arts and various universities such as the RCA and CSM.

Inspired in his multi-faceted career by project work with Gehl Architects and Gehry Partners among others, and now working closely with Carmody Groarke, his works and observations on how to make more resilient cities has made him a pioneering actor in the relation between the DIY/open-source urbanism and maker technologies.